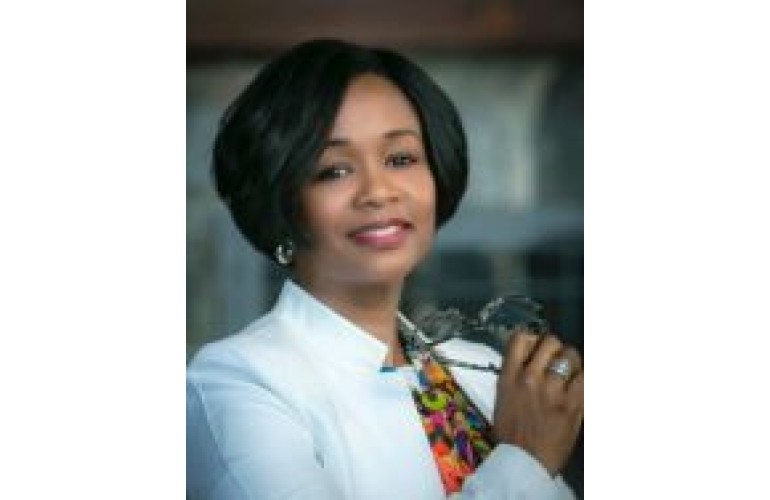 Janeen Uzzell had been working at GE Medical Systems (now GE Healthcare) for about five years by the summer of 2007 when healthcare leaders across America met at a senior executive event. The conference’s theme was “The Future Is Now: Effective Leadership in a Global Healthcare Environment.”

Yet one of the keynote speakers at the four-day event was unimpressed.

An international consultant in healthcare, he compared the American system to the MTV show, Pimp My Ride, where a rapper and his crew transform an old vehicle into a flashy, moving music sound station, reported a St. Thomas newspaper.

“American health care places unbelievable amounts of high technology into a frame that is fired by an old, ineffective engine,” he said. Its system “rewards procedures and not keeping people healthy.”

But GE professionals like Uzzell were in “the grind” with “eyes on the ground” providing “diversity of thought, creativity, and decision-making.”

Inspired by her mother, a successful businesswoman, and an older sister who was a nurse, Uzzell often dreamed of wearing a white swan uniform someday, but an older cousin who was studying engineering motivated her to take a different path.

Although Uzzell started with an engineering education–a mechanical engineering degree from North Carolina A&T State University coupled with an M.B.A. from Fairleigh Dickinson University-little did she know that her field would open a range of possibilities in organizing projects in healthcare and business.

Before GE, she worked on validation engineering at Johnson & Johnson then a startup, which sent her to Brazil as part of the development of yellow fever vaccination and coached her career forward with the sponsorship of her M.B.A.

“While I was leading the healthcare service business, GE started to run healthcare disparity programs,” Uzzell recalled. “GE Healthcare was funding a health program at Harlem Hospital, which had one of the top trauma centers,” she said.

The program was called “Hip-hop Stroke” and was set up to teach children about the leading cause of disability among adults in the U.S.

Brain attacks, which strokes are, impact a high percentage of elderly foster parents and parents-with-care in the African-American community.

GE’s stroke program was at the hospital where Uzzell worked as a service operations manager, so they asked her to manage it. First, she started with information tables on stroke, handing out pamphlets on symptoms, available treatment at hospitals, and getting doctors to take blood pressure. Then Uzzell took up more volunteering in New York. Next, she was traveling out of state with healthcare programs focused on the improvement of health in diverse communities. After a while, Uzzell was going as far as Kenya in east Africa with a Christian healthcare ministry.

Before long, Uzzell was “sharpening” her skill internally, integrating the market and good management into improving healthcare disparity programs and global health care.

When GE’s chief technology officer in the office for healthcare called Uzzell about a position in the GE Foundation’s Developing Health Globally program in Ghana, she bought in.

GE’s goal was going to focus on donating equipment, making sure the equipment was installed and properly serviced and that there were sustainable water and energy services.

It was the whole works, Uzzell said, but “we didn’t want to just drop and dash,” she added.

Uzzell became an advocate in positioning GE as a trusted advisor in rural health. She strategized with ministries of health and heads of state in east and west Africa, as well as global partners, on how to align GE’s innovation to solve health challenges and expand access to healthcare through “disruptive” models.

As the director of healthcare programs and healthymagination for GE Africa, she led a team focused on building solutions for health in some of the world’s most challenging environments. Currently, Uzzell oversees operational and business development aspects of external funding for technology programs.

“When we started on the journey to provide better health, we focused on reverse engineering our products to ensure quality, access, and affordability for low-resource settings,” Uzzell said.

“Our results, though time-consuming, enabled the VSCAN, hand-held ultrasound to go to market, and it now services women globally,” she added.

“We are now a digital/infrastructure company, and the Internet of Things brings advanced intelligence to everything we do,” Uzzell said. “Now we can solve the world’s toughest problems and deliver the best solutions faster and smarter. What took us years to build and deliver in the past will be enhanced by our innovative systems. It’s brilliant. We’re getting better every day.”

A maternal health expert, Uzzell has served as a technology advisor and co-chaired a Medical Device Task Force hosted by the United Nations.