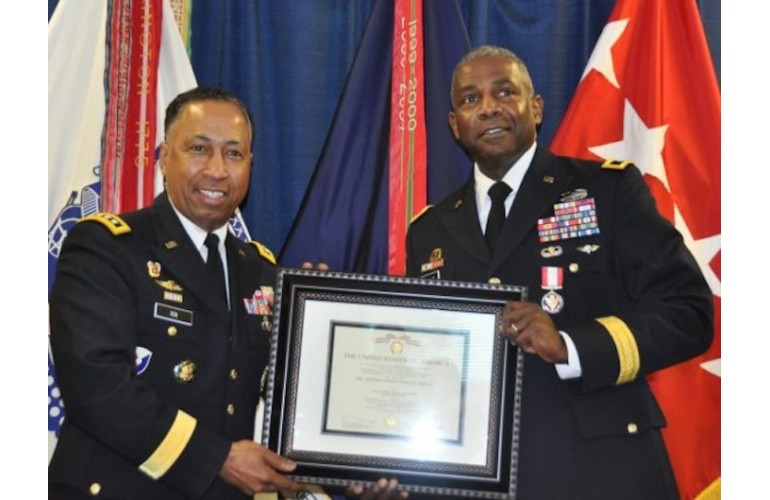 Major General Darrell K. Williams, commanding general, U.S. Army Combined Arms Support Command/ Sustainment Center of Excellence and Fort Lee, has been nominated for appointment to the rank of Lieutenant General and to serve as Director of the Defense Logistics Agency.

A native of West Palm Beach, Florida, Williams was commissioned into the Army Quartermaster Corps at Hampton Institute (now Hampton University) in 1983.

He was a Distinguished Military Graduate and earned a Bachelor of Arts in Psychology. He also became a member of Gamma Iota chapter of Alpha Phi Alpha fraternity.

Williams has commanded logistics units at the company, battalion, brigade, and enterprise levels and has served in key staff positions at the tactical, operational/joint and strategic levels.

Williams previously commanded the 1st Sustainment Command (Theater) where he was responsible for providing theater sustainment to Army forces and elements of the Joint Force throughout the U.S. Central Command Area of Responsibility, to include Afghanistan and Iraq, under the mission command of U.S. Army Central.