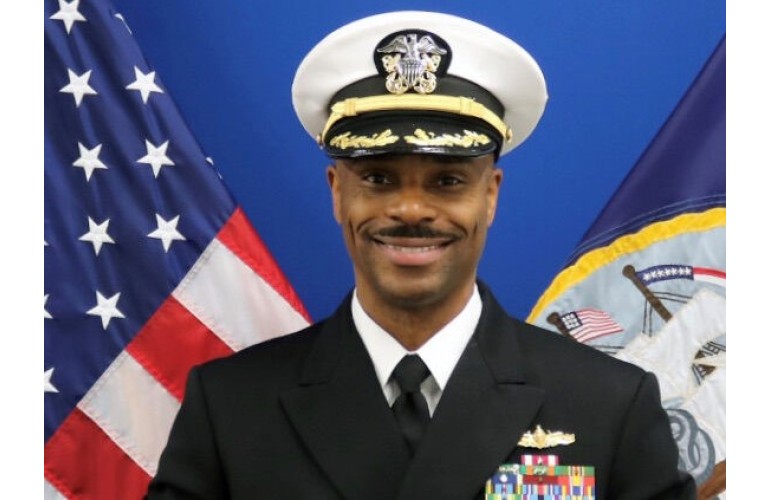 U.S. Navy Commander Desmond Walker recently shared his BEYA news on LinkedIn. “I am humbled and honored by my selection for the Career Achievement in Government Award,” wrote the Navy Surface Warrior last week. “Thank you to the PERS-41 Surface Warfare Officer Assignments Nuclear Team that nominated me. And thank you to everyone that has been a part of my journey so far. I hope to encourage others to believe that anything is possible!”

The Black Engineer Career Achievement in Government category award is presented to a  mid-career professional who has made significant achievements in engineering. The committee looks at the body of work produced by the nominee, the social and economic value and impact, and the nominee’s performance as a role model and mentor for minorities in technology. The 36th annual BEYA STEM Conference takes place February 17-19, 2022.

In June 2020, the U.S. Naval Institute published Walker’s commentary “The Burden of a Black Naval Officer,” which addresses the challenges of when policy appears to lack action. In August, Walker gave an extensive interview to Taking A Fix, which offers a glimpse into the lives and minds of senior military officers. He shares advice to new Surface Warfare Officers in the United States Navy.

Walker has served as a senior advisory board member of the Naval Junior Officer Counsel since 2019. The board assists the executive liaison in providing counsel to expand NJOC’s management. Since 2017, Walker has been a designated Naval Officer and Midshipmen Mentor at his alma mater, Norfolk State University. He is an active mentor of midshipmen that currently attend and commissioned officers who graduated from Norfolk State’s Naval Reserve Officers’ Training Corps (ROTC) unit.

Walker graduated from Norfolk State University in 2005 with a Bachelor of Science in Electronics Technology. He also earned a Master of Engineering Management from Old Dominion University in 2012, Joint Professional Military Education Phase I from Naval War College in 2015, and Master of Business Administration from Central Michigan University in 2020 through various off-duty educational opportunities.

After completing the requirements for Seaman to Admiral-21, he served as well deck and small boats division officer and assistant training officer in USS Bataan, and executed operations in support of Hurricane Katrina humanitarian assistance and disaster relief, earning the Humanitarian Service Medal.

He also served in the reactor department in USS Harry S. Truman, managing Sailors in maintaining chemistry controls for reactor plant and propulsion plant water and the monitoring and reinforcement of radiological controls. He served as an operations officer in USS Carney as the executive leader of Sailors while being responsible for maintaining unit operational readiness in support of battle plans and coordinating day-to-day requirements for managing the command.

He deployed to Fifth/Sixth Fleets where he synchronized the first-ever Griffin Missile test launch for Commander, Task Force 55 in the Arabian Gulf. He served as chemistry/radiological controls assistant in USS Carl Vinson, excelled at anticipating problem areas in the management of 26 assessable chemical and radiological programs. He achieved a 25% improvement in shipboard radiological work practices and kept 12 chemical parameters within specification for 100% of plant operations during maintenance availabilities, training cycles, and deployments.

Ashore, Commander Walker served on the staff of Commander, Navy Recruiting Command as a Nuclear Programs Manager in support of nuclear officer accessions. He also served on the CNO’s staff as the section head for Amphibious Warfare In-Service Readiness. His tour culminated on the personal staff of the CNO as a special assistant and was Navy liaison officer to the Commandant of the Marine Corps’ Strategic Initiatives Group, focusing on the improvement of Navy and Marine Corps’ increased integration, interoperability, and interdependence.

Walker is also a national liaison between the Navy and the National Naval Officers Association. Both organizations have a mutual goal of developing, implementing, and improving strategies for the achievement and management of an inclusive and diverse workforce of military officers, enlisted personnel, and civilian employees.