Recap of the Future of Energy seminar at BEYA STEM 2021 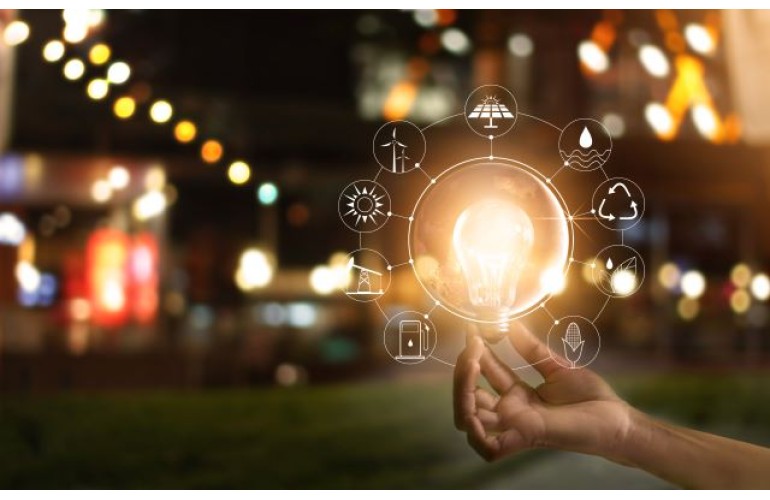 Projections from the world’s leading climate experts show that disregarding climate policies will increase our global energy consumption by approximately 30 percent through 2040 and beyond, led largely by fossil fuels. These experts believe that without a major shift in current policy and technology trends, carbon dioxide (CO2) emissions will continue to grow, and climate change will drastically worsen.

At the 2021 BEYA Global Competitiveness Conference, three energy industry veterans: Bentina Terry, senior vice president, Georgia Power,  Southern Company, Margaret Jackson, deputy director of Atlantic Council’s Climate and Advanced Energy Program; and Dana Redden, founder of Solar Stewards, joined us to answer some questions about the future of energy. Below are excerpts from what they had to say:

The current state of energy production and use

Bentina Terry: The whole energy sector is in flux. We’re moving toward more renewables and more distributed resources. We’re electrifying many things, too, which is kind of a backbone or cornerstone for other technological advances. You can’t have autonomous vehicles until you make electric vehicles.

Dana Redden; I’m really excited about the democratization of energy. That means individuals and businesses in this space will have a lot more control over not only their energy consumption but their production. We’re seeing that happen globally, and it’s helping with economic development and national security and producing cleaner energy. That’s very encouraging.

Margaret Jackson: While we are starting to see a rapid rise in renewable energy, there’s also a rise in fossil fuel consumption, which is concerning. The good news is that every year since 2015, global renewable energy installed capacity has outpaced fossil fuel installed capacity. We’re also seeing the major oil and gas companies rebranding as energy companies. So, we’re seeing the market shift, but it’s going to take some time.

Margaret Jackson: The “Four Ds” are a good way to frame the solution—decarbonization, digitization, decentralization, and democratization. Decentralization and democratization put energy closer to the consumer. In regards to decarbonization, we can’t overstate the importance of the shift to electric. We need digitization for better grid management. You’re starting to see partnerships between companies like Microsoft and Shell to integrate AI and blockchain technology, and that’s very exciting.

Dana Redden: I might be a little biased as an entrepreneur, but what we need is a vehicle to bring new technology to market. It’s great to have a solution, but until it can reach people and perform and function in a marketplace, it’s going to sit on a shelf. For this transition to work, we need innovative business models to push new strategies and challenge the status quo. That’s where the magic happens and where we really start to see the adoption of solutions.

Dana Redden: The challenge is in speaking to the part of humans that is hesitant to change. It’s as simple as that. We need that messaging. We need to convince folks what’s in it for them. The biggest challenge is human nature.

Margaret Jackson: I agree with Dana—we’re very much happy to stay with the status quo. We used to hear that there’s a tradeoff between the energy transition and economic prosperity, but that’s not the case anymore. We have all of the technologies we need [to significantly reduce emissions], but the reality is that policy and individual decisions prevent us from getting there.

Bentina Terry: One of the things we always have going on in the back of our minds is how to get these technologies to the least among us. Where are people living in apartment complexes going to charge their electric vehicles? How do we get landlords to want to take energy reduction measures in properties where they don’t pay the power bill? Equity has to be an overlay when we think about getting these technologies into our communities. We have to think about balancing emissions reduction with the cost.