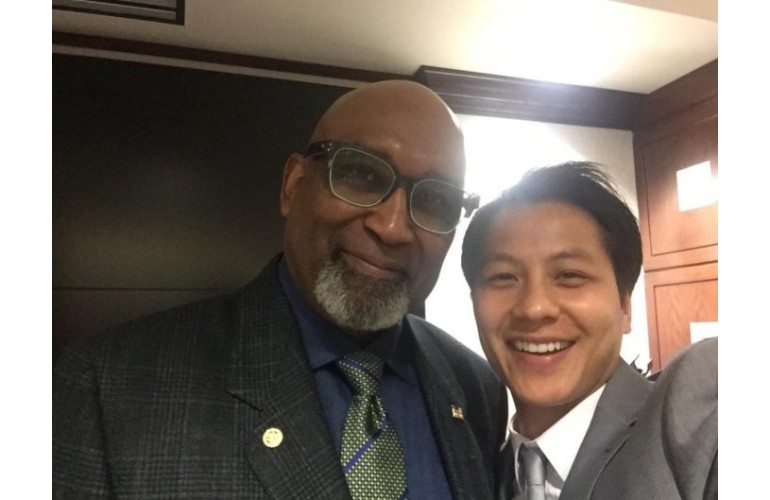 James J. Braxton Sr. has retired for the second time, after moving on to a successful federal career following years of active and reserve military service.

The 2011 Black Engineer of the Year Award winner for Diversity Leadership received honors this week in the nation’s capital. Guests at the ceremony included  Alex Venetta, associate publisher and manager of partner services at Career Communications Group, Inc., co-host of the BEYA STEM Conference.

During Braxton’s 19 years  as a career civil servant, he served in a variety of positions to include Chief in the Office of Equal Employment Opportunity at the headquarters of the U.S. Army Corps of Engineers (USACE), director, Office of Equal Employment Office (EEO), U.S. Army Material Command; labor relations specialist and acting EEO manager, headquarters, Defense Logistics Agency (DLA).

In 2009, Braxton was honored with the “Managing for Excellence Award” presented by the Blacks in Government-Government Accountability Office (GAO) Chapter.

Braxton earned an MSA Degree in Administration from Central Michigan University, a bachelor’s degree in business and an Associate in Banking and Finance both from West Virginia State University. He also earned certificates in Public Leadership, from the Brookings Institute, and Diversity and Inclusion, from Cornell University; and is a graduate of the US Department of Agriculture’s Graduate School Executive Potential Program for Senior-Level Employees and US Army’s Command and General Staff College.