Stars & Stripes, a showcase Veterans and Military event at BEYA 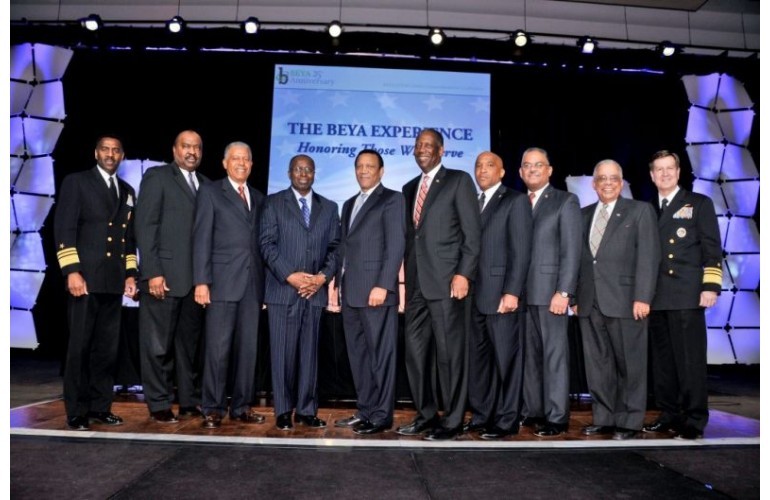 As per tradition, the White House has issued a Presidential decree proclaiming November 2019 as National Veterans and Military Families Month.

“America’s military men and women and their families are vital to the security and prosperity of our Nation,” the statement read. “We have a responsibility to protect and serve those who have made countless sacrifices for love of country. During National Veterans and Military Families Month, we honor and express our deep appreciation for these brave men and women and their families.”

Marking 15 years of Stars & Stripes tradition, the 2019 Veteran’s edition of US Black Engineer & Information Technology (USBE) magazine features top generals and admirals, members of the SES, and career trends in the defense industry. Get a copy at the BEYA STEM Conference in the nation’s capital on February 13-15, 2020.

The Stars & Stripes program is an integral part of the BEYA Conference, produced by Career Communications Group, publisher of USBE magazine. Stars and Stripes honor active and retired African American admirals, generals and members of the federal Senior Executive Service. The photo above, taken at the 2011 BEYA Conference, features founding veterans of the BEYA Stars & Stripes Committee.

Each year the featured service of the Stars & Stripes event alternates between the U.S. Air Force, Army, Navy, Marine Corps, Coast Guard, and National Guard Bureau. The featured service is determined on a rotating basis. The  Black History Month Tribute to the nation’s warriors is one of the popular events at the BEYA Conference, attracting Fortune 500 CEOs, service chiefs, and senior Department of Defense leaders.