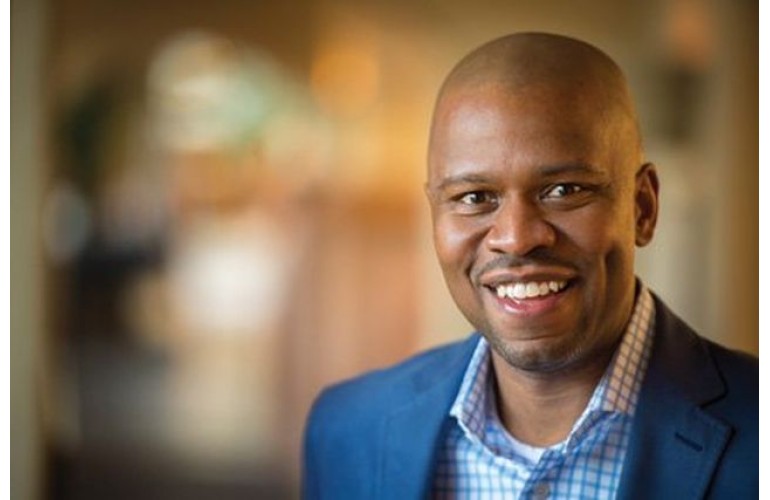 2017 continues to be special for Morehouse College as the university marks its 150th birthday. One of the many Morehouse men celebrated during this historic year is Ted Colbert ’96, who won a “Bennie Leadership” award for Excellence in Business at the 2017 Bennie and Candle Awards.

The Morehouse College Bennie leader is one who goes in advance of others to direct or guide them. The recipient of this award has been at the forefront of tremendous achievements and accomplishments of an organization.

Colbert did his degree in science at Morehouse College. At the same time, he also pursued his degree in industrial and systems engineering at the Georgia Institute of Technology.

After completing the Dual Degree Program in 1996, Colbert had to decide whether to stay with industrial engineering or venture into IT.

Colbert has been hooked on technology since he got his first Commodore 64 in 1982.

“To me, it was like a game, but what I was doing was really programming. The challenge connected me to the computer at a young age,” Colbert said.

Colbert’s interests led him to pursue simulation, using technology to solve challenges. He joined the Ford Motor Company in 1998 after graduation and was placed on the fast-track Ford College Graduate Program. He spent 11 years in Ford’s Information Technology organization, where he held roles in infrastructure engineering, application development, portfolio management and process re-engineering in the company’s European operations.

Prior to joining Boeing in 2009, Colbert was senior vice president of Enterprise Architecture at Citigroup.

At Boeing, he has led the IT Business Systems organization, where he managed the computing application systems that support Boeing Finance, Human Resources, Corporate and Commercial Capital Business Units, as well as the company’s internal systems. Colbert became Boeing’s chief information officer in 2013.

One of his highlights as CIO was launching the Analytic Lab for Aerospace Data at Carnegie Mellon University.

In the fall of 2015 Carnegie joined with The Boeing Company to establish the Boeing/Carnegie Mellon Aerospace Data Analytic Lab, an academic research initiative that will leverage machine learning, language technologies, and data analytics.

The goal is to find ways to use artificial intelligence and big data to capitalize on the enormous amount of data generated in the design, construction, and operation of modern aircraft. Today’s aircraft contain sensors and embedded computers which are constantly generating data. Data provides opportunities for gleaning new insights that could lead to safer, more reliable and more efficient aircraft operations.

“We’re aiming to push the technology envelope,” Colbert said at the launch. “We have the best and the brightest faculty at a leading institution focused on how we can innovate and solve business challenges for today and into the future.”

He is responsible for more than 6,500 IT and analytic employees of the world’s largest aerospace company.

“The amount of data created today is unprecedented. But it’s not about the data on its own, it’s what you do with it,” said Colbert at the Paris Air Show. “Through the products Boeing AnalytX powers, we are applying scientific processes to data to solve our customers’ most pressing problems today while creating a world of limitless possibilities for the future.”

Mentoring both formal and informal is critical to Colbert’s philosophy about people and their ability to succeed.

“We have to influence each other to be better by providing constant encouragement, feedback, and help, he said. “I try to touch as many employees as I can each day. We tend to put people in a box and we need to break out of that. There is a poem by Marianne Williamson that I give to all mentees called “Our Deepest Fear” and the essence is that we must shine our light to help others. We need to raise the game for each other.

Colbert serves on the Board of Directors for the Thurgood Marshall College Fund, the Georgia Tech Advisory Board and New Leaders.