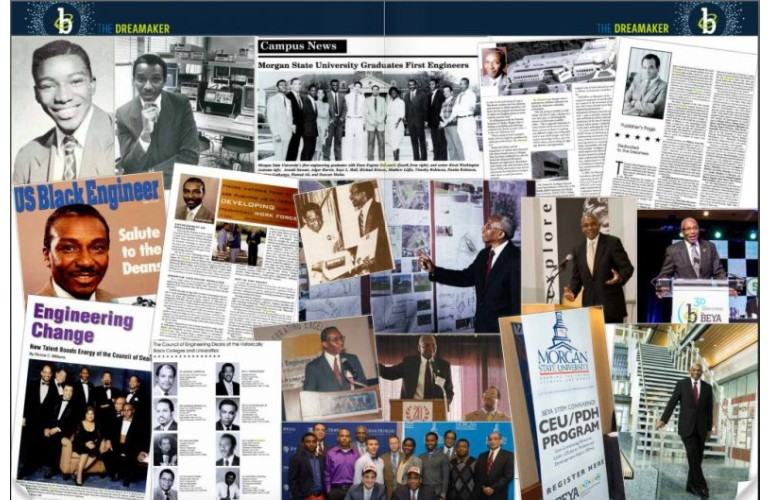 President David Wilson officially recognized DeLoatch and four prominent Morgan leaders who recently retired or will retire from the University this year.

As the inaugural dean of Morgan’s engineering school, Dr. DeLoatch built it from the ground up to become one of the nation’s largest producers of African American engineers. He retired from the position in 2016 after 32 years at the helm.

To accompany his cover story as Black Engineer of the Year, US Black Engineer put together a collage of magazine articles showcasing his trailblazing career.

Below are excerpts from an interview Dr. DeLoatch gave USBE in 2016.

Looking back, I can’t think of a better thing I could have done, from the time I started as an instructor in engineering at Howard University. It was about wanting to expose as many young people to a field little known in the African-American community –a very critical field for the progress of this nation.

When I left school, less than one-half of one percent of all the engineers in the country was African American. It was an area where we had little knowledge of, and participation in when I graduated with my first engineering degree. It had nothing to do with capability, but the way engineering grew.

So, I had an opportunity to expose others to something of value.

‘Engineering over the last 50 years’

Engineering, over the last 50 years certainly, and over the last 30 years, and my time as a dean has had a tremendous impact on the lives of people around the world.

Move back to the advent of computers to today’s personal, carry around smartphones that have more power than some of the things we had access to in the late 1970s. That’s a relatively short period; thirty years, and twenty-five years.

So, when you look at from the Morse code and the telegraph to now, that movement is telling me that the next twenty-five to 50 years will be wow!

Between technology and all this knowledge of things we were talking about, nations rising and people, how do we cope with all that as a world? It’s trying to look back and go forward; find ways to grow, expand and communicate in the universe, because we cannot have a lack of appreciation for the rights of others.