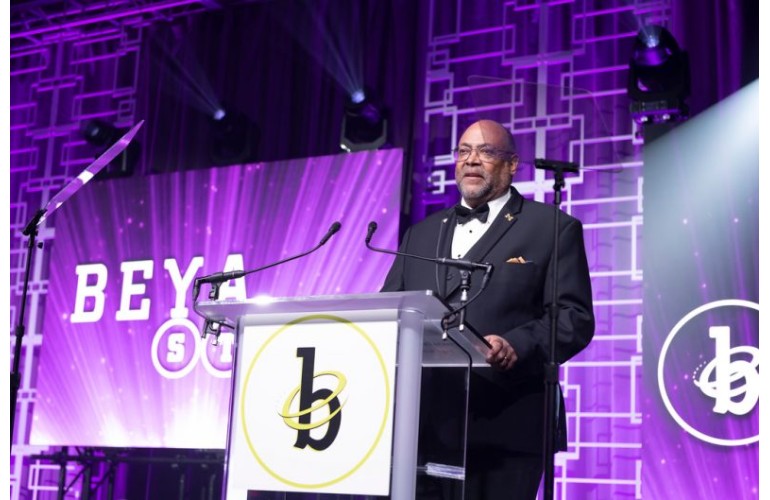 The Research Leadership Award at the 2020 BEYA STEM Conference went to Carl Eric Fonville,  a vehicle design engineer at General Motors. Over the course of 37 years with GM, he has amassed a list of accomplishments that include 20 U.S. patents and 8 research disclosures, just to name a few.

A proven leader, Fonville shared his wisdom with young engineers at the BEYA Conference over breakfast. (Photo credit: Tony Powell, 2020 BEYA STEM Conference). A sought-after mentor, he served as chapter president of the National Society of Professional Engineers.

Fonville works on the sealing and structural integrity of engines, transmissions and battery components. His projects directly support GM’s journey to a Zero Emissions, all-electric future.

“At thirteen, I knew I wanted to be an engineer and attended my father’s alma mater, The University of Michigan,” he said at the BEYA gala. “With the assistant dean’s guidance, I became Minority Engineering Student Society president, and a first year student mentor for DAPCEP. At GM, I began working on patents, which provide documented contribution and recognition,” he said.

To young engineers at the beginning of their career, Fonville encouraged them to add patents to their future goals.

“As I look into the audience, I’m in awe of all the STEM leaders here, paving the way for future generations,” he said.