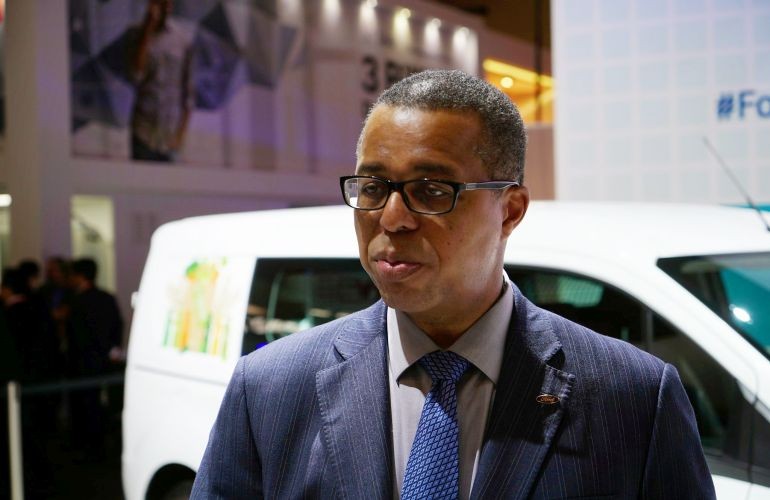 Washington will report to new Ford President and CEO Jim Hackett, according to a company press release issued Thursday, listing the revamped senior leadership team under Ford’s president and CEO.

“The leadership changes we are announcing today across our global business are important as we foster even greater teamwork, accountability and nimble decision-making,” Hackett said.

Washington, 56, previously served as vice president of Research and Advanced Engineering, leading Ford’s worldwide research organizations, and overseeing the development and implementation of the company’s technology strategy. He will add chief technical officer responsibilities in this expanded role.

Hackett was announced as president and CEO on Monday by Executive Chairman Bill Ford. The two leaders emphasized three priorities:

Transforming to meet future challenges, ensuring the company has the right culture, talent, strategic processes and nimbleness to succeed as society’s needs and consumer behavior changes over time

Prior to joining Ford, he was vice president of the Space Technology Advanced Research and Development Laboratories at Lockheed Martin Space Systems Company. In this role, Washington was responsible for leading an organization of approximately 700 scientists and engineers in performing research and development in space science and related R&D.

Previously, he served as Lockheed Martin Corporation’s first chief privacy officer, a role in which he built the company’s privacy program, set the privacy strategy direction and established a team of privacy professionals to execute the strategy. Washington also previously served as the vice president and chief technology officer for the Lockheed Martin internal IT organization, where he was responsible for shaping the future of the corporation’s information technology enterprise.

Prior to joining Lockheed Martin in February 2007, Washington served as chief information officer for Sandia National Laboratories, where he also previously served in a variety of technical, management, and program leadership positions.

Will somebody have him speak at the next BET Awards alongside Lil Wayne and Nicki Mirage (pun intended) so black youth can understand not every successful black man has to rap, play basketball or pimp

I wholeheartedly agree Mr. Ron Stevens and it’s why I don’t watch the BET Awards anymore. As a college graduate who works for a Fortune 500 company, I’d much rather spend my time reading a book than watch the likes of the BET rap awards show which is what it should be called. Dr. Washington was also recently named to the Board of Directors of McKesson Corporation, he is someone to be admired and looked up to and held in high esteem!