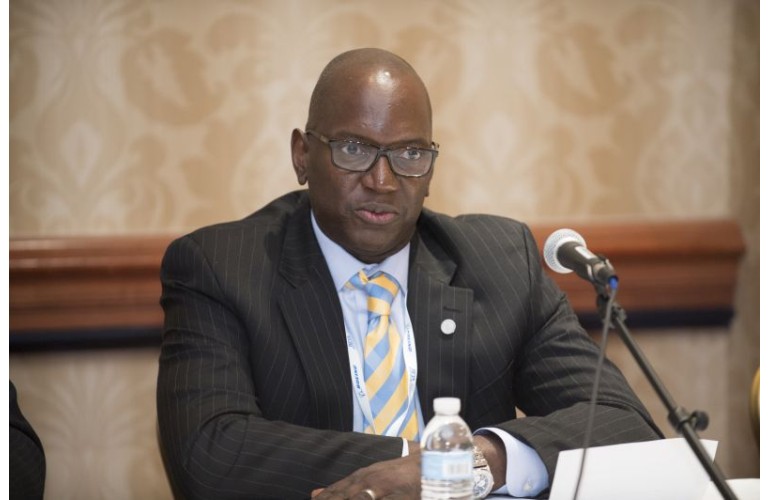 Ernest Smiley has held lots of jobs across 17 federal agencies, working together to protect the United States of America. He has built a truly worthwhile career with the government and had a real impact on the nation and the world.

Smiley has served as Chief Data Scientist/Chief Technology Officer at the National Geospatial-Intelligence Agency (NGA) since 2003.

On November 24, 2003, the National Imagery and Mapping Agency became known as the National Geospatial-Intelligence Agency. The name change reflected the new product that the agency was developing – geospatial intelligence.

The NGA analyzes billions of images and miles of video captured by drones and satellites. Smiley’s role involves interpreting satellite and aerial imagery, and performing services such as mapping for the armed services.

As NGA’s chief data officer, Smiley works closely with the U.S. Air Force, collecting and analyzing aerial surveillance through the use of unmanned systems. They played a crucial role in gathering US intelligence, including the replication of Bin-Laden’s compound for SEAL Team Six.

“How precise were its measurements and analysis? The NGA figured out how many people lived in the compound, their gender, and even their heights,” David Brown said in 10 Things You Might Not Know about the National Geospatial-Intelligence Agency.

After Smiley graduated from the University of Maryland College Park with a Bachelor of Science in 1988, he joined the U.S. Army in 1990, following a stint with defense contractors in Washington D.C.

In 1996, Smiley took on the added responsibility of senior data center manager and network engineer with the Department of Energy’s Office of Intelligence and Counterintelligence.

On Oct. 1, 1996, the National Imagery and Mapping Agency, or NIMA, was formed to bring together all the government agencies involved in cartography.

Cartographers and photogrammetrists (like Instagram with serious games) collect geographic information to create maps and charts for political, educational, and other purposes.

After Sept. 11, 2001, NIMA took on added responsibilities including homeland security and assisting the armed forces’ work in Iraq and Afghanistan.

So, in 2001, when Smiley arrived at the Office of the Secretary of Defense as deputy director and senior security manager other factors were in play.

On November 24, 2003, the National Imagery and Mapping Agency, or NIMA, became the National Geospatial-Intelligence Agency.

Anyone who sails a U.S. ship flies a U.S. aircraft, fights wars, locates targets, responds to natural disasters, or even navigates with a cell phone relies on the NGA.Today, over 15,000 people are employed at the “highly-classified Pentagon intelligence agency.”

Smiley has served as the chief data scientist at the National Geospatial-Intelligence Agency since 2003.

His other positions include program manager for the National Aeronautics and Space Administration (NASA), and the Central Intelligence Agency (CIA). Over 20 years, he has focused on a range of issues, from terrorist financing to drug trafficking, from climate change and environmental issues to foreign technology threats and nuclear proliferation.

NASA and the Intelligence Community agencies are some of the best places to work, according to The Best Places to Work in the Federal Government® rankings, produced by the Partnership and Deloitte.

Smiley was recognized as Scientist of the Year at the BEYA STEM Conference for the contributions that he has made over the last 20 years in integrating systems for the United States Department of Defense, warfighters, Intelligence professionals and first responders.