The Thurgood Marshall College Fund Does More Than Scholarships 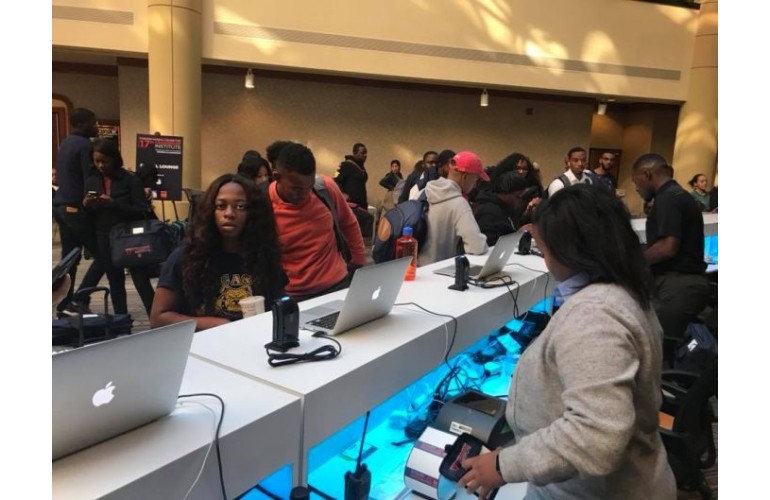 Officials with the Thurgood Marshall College Fund take a multi-pronged approach to ensure students get into college, earn their degrees, and have opportunities to meet recruiters.

The fund was started in 1987 by Joyce Payne, who wanted to provide a lifeline to historically Black colleges and universities (HBCUs) as well as schools that started as majority-white but have become majority-Black. Payne recognized that financial resources were drying up for these schools and they needed help to retain students and make sure they graduate.

During his eight-year tenure leading Delaware State University, Harry L. Williams, president, and CEO of the Thurgood Marshall College Fund (TMCF) since 2017 proved to be a prolific fundraiser, passionate advocate, and strategic planner. He increased student enrollment every year and established partnerships with government and private organizations resulting in several multi-million-dollar grants and campus investments.

Williams said he’s proud that the fund has given out more than $300 million in scholarships over the years. Last year it awarded $10 million to more than 500 students, including “last dollar” award scholarships of up to $2,000 to help students who were close to graduation.

“Many get to their senior year and run out of money,” said Williams, adding that corporate partners such as Lowe’s contribute to these scholarships, which can be the difference between a student graduating or dropping out.

He cited Walmart, Wells Fargo, JPMorgan Chase, and Boeing as some of the companies that TMCF works with on an ongoing basis.

Scholarships help young people on their path to academic achievement and professional careers. However, Williams stressed the importance of the fund’s other efforts, such as its internship and immersion programs. These programs prepare students in ways that aren’t covered in classrooms and through books, he said.

“That’s the key to success,” said Williams. “Internships allow companies to create a pipeline for diversity.”

TMCF also has immersion programs to acquaint students with what to expect as interns.
Feedback from the fund’s corporate and government partners indicating that many of the young people were “just not ready” led to the creation of the program, Williams explained. The program emphasizes soft skills such as interacting and socializing in the workplace.

This spring, 36 students from the fund are scheduled to spend a week at Apple’s headquarters in Cupertino, CA, before their paid summer internships with the tech giant. First-year students and junior and senior college students will spend time at Boeing facilities in St. Louis, MO, and Charleston, SC before the internships this summer.

“There’s a spirit of cooperation and people helping these young people transition into this new space,” Williams said.