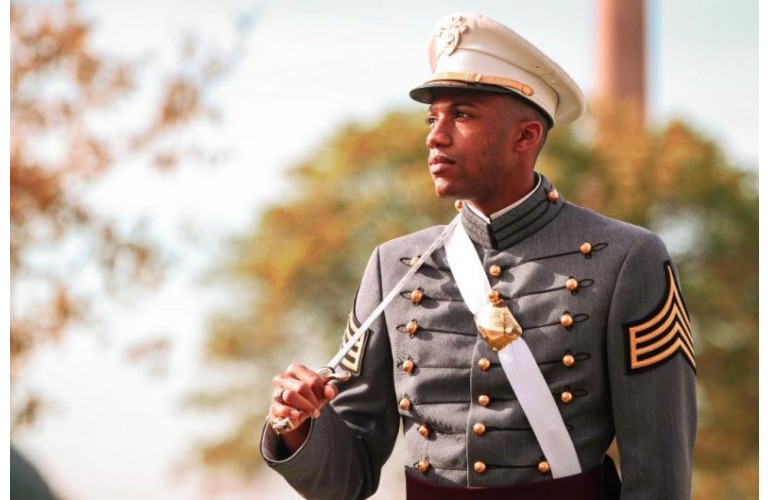 The United States Military Academy posted iconic photos to its social media sites this weekend in honor of the Class of 2021.

According to the “West Point – The U.S. Military Academy” photostream on Flickr, 995 cadets graduated at the graduation and commissioning ceremony at Michie Stadium in West Point, New York, on May 22. The class includes 240 women, 148 African-Americans, 78 Asian/Pacific Islanders, 88 Hispanics, and 10 Native Americans.

“In September of 2021, I will begin reading for a Master of Science in Sociology at Oxford,” said Tyrese Bender of the Field Artillery Branch.  “I plan to learn as much as I can about our diversity and how I, as a future Army officer, can contribute to the organization’s commitment to becoming a more diverse, equitable, inclusive, and effective force.”

Tyrese is one of the two USMA officer cadets among the outstanding students who will start their studies at Oxford, England in October 2021. Evan Walker, an operations research major at the United States Military Academy, will start a Master of Philosophy program.

“West Point broadened my perspective of the world and people. My experiences gives me understanding of other’s perspectives in order to be inclusive and more capable of leading others from all backgrounds,” said Cadet Kedrin Jefferson in a tweet posted by the  U.S. Military Academy at West Point (@WestPoint_USMA) May 20, 2021

Secretary Austin graduated from the academy in 1975 with a Bachelor of Science degree and a commission in the Infantry. During his 41-year Army career, he commanded at all levels concluding his uniformed service as the commander of U.S. Central Command in 2016.

“West Point taught me that it is okay to fail. Learn from your mistakes and become a better person. Being a leader of character does not stop at graduation but it continues long after we graduate from the Academy.”