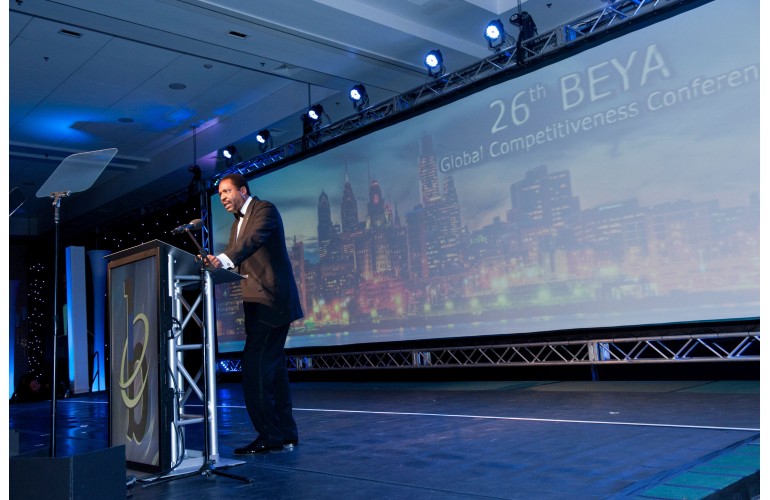 “It was an informational and insightful session focused on public safety, securing critical infrastructure, and economic development,” he wrote.

This week, Black mayors from across the country are in Washington, D.C. for the African American Mayors Association’s (AAMA) Annual Conference.

The annual event connects Black mayors with thought-leaders, members of Congress, advocacy organizations, and corporations to forge alliances, focus on unique local challenges, and exchange ideas that will foster safer and more prosperous communities for millions of Americans.

The conference will focus on four aspects at the foundation of improving outcomes in municipalities: Sustainability & Resilience, Economic Development, Infrastructure, and Innovation. This event comes just after the Biden-⁠Harris Administration released agency-specific Equity Action Plans to advance racial justice and fairness across the federal government.

Houston, TX Mayor Sylvester Turner, president of AAMA, and other mayors will host a kick-off press conference to highlight key points of this year’s conference, as well as outline Black mayors’ priorities for recovering from the pandemic, criminal justice reform, combating crime in cities, affordable housing, attacks on our democracy and the subjugation of Black voters, and changing the culture and services of local government.

“As Black mayors, my colleagues and I understand the myriad odds stacked against these communities,” said AAMA President, Mayor Sylvester Turner in a statement. “As laboratories for good governance, America’s cities are ground zero for the policy solutions our country needs to foster a society in which everyone can thrive and access opportunities to prosper. It is no secret that communities of color have been disproportionately locked out of accessing opportunities to realize their full potential since the nation was founded.

“We bring a commitment to fairness, equity, and justice to our roles as city leaders, seeking to ensure race is no longer a determinant of how successful our residents can be. Equity is our north star in everything we do individually and as a collective. We are thrilled to be convening in the nation’s capital at a moment when our federal government has doubled down on an ambitious plan to foster equity in areas of utmost importance to us.”

The African American Mayors Association (AAMA) is the only organization representing over 500 mayors across the United States. AAMA seeks to empower local leaders for the benefit of their citizens. The role of the AAMA includes taking positions on public policies that impact the vitality and sustainability of cities; providing mayors with leadership and management tools; and creating a forum for member mayors to share best practices related to municipal management.