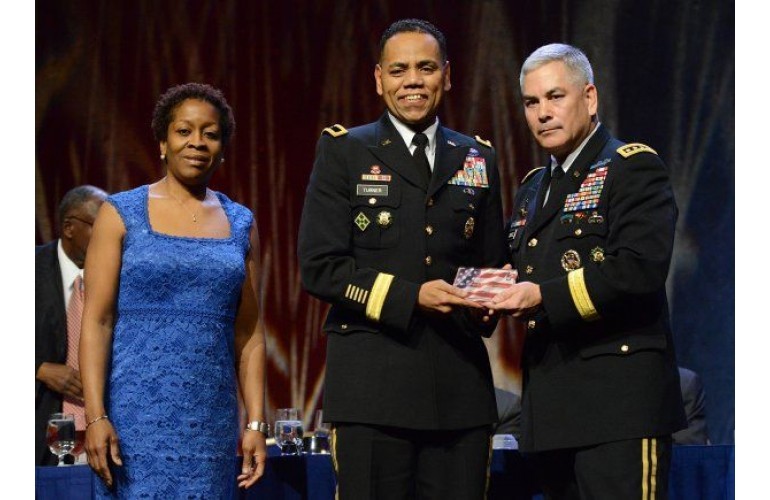 Before he retired Brig. Gen. C. David Turner appeared in multiple issues of  Black Engineer magazine, including the Veterans 2016 issue. In 2009, he was honored with a BEYA for Professional Achievement in Government. He also won the 2014 Black Engineer of the Year Stars and Stripes Army Award.

During his 33 years with the Army, Gen. Turner established a reputation for leadership.  In his final decade, he commanded the US Army Corps of Engineers (USACE) divisions in Atlanta and San Francisco and a USACE District in Korea.

Earlier this year, an engineering and information solutions firm, announced the appointment of the retired brigadier to its board of directors. Dr. L. Barry Goss, chairman and CEO of Professional Project Services (Pro2Serve), said in a statement that as a recognized leader his knowledge and experience will be invaluable. Pro2Serve’s solutions help customers secure critical facilities and infrastructure, protect health and environment, and analyze large volumes of complex data.

Previously, Gen. Turner served as president of the Military Services Group for American Water Enterprises, where he oversaw operations involving water treatment and supply for military installations. Gen. Turner also serves as Board Member of the Society of American Military Engineers and American Watershed Initiatives and is a former member of the USACE Coastal Engineering Research Board.

In addition to Turner, Gerald Boyd, former vice president of a division of Huntington Ingalls Industries (HII), was also appointed to the board of directors at Pro2Serve.

He is a member of the Boards of Directors of the Habitat for Humanity of Anderson County, the East Tennessee Economic Council, the Tennessee Valley Corridor, Covenant Health System, and the Community Reuse Organization of East Tennessee. He is also a past Board Member of the Energy, Technology, and Environmental Business Association.