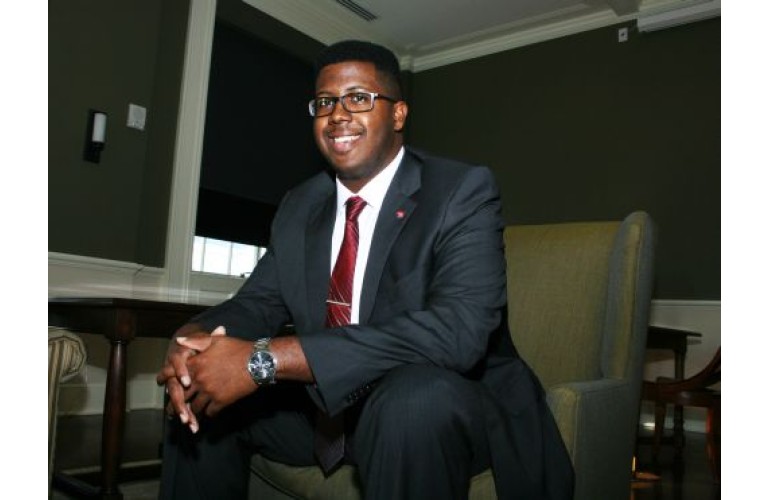 Malachi Nichols created and taught a robotics program and then coached the middle school robotics team all the way to the finish line in the 2013 Arkansas First Lego League State Tournament.

Currently, he is a Ph.D. candidate in Education Policy and has earned a reputation as a leader at the University of Arkansas.

Malachi earned his bachelor’s degree in mechanical engineering and African & African American studies from the University of Arkansas in 2015.

During his undergrad years, he served as president of the American Society of Mechanical Engineers’ student chapter. Under his leadership, membership increased and gave fellow engineers the opportunity to interact with professionals from NASA, the Koch Industries, and Wal-Mart Stores, some of the biggest employers in the state.

Malachi was also involved with engineering associations such as the Society of Hispanic Professional Engineers (SHPE), the National Society of Black Engineers (NSBE), and the American Indian Science and Engineering Society (AISES).

He participated in the creation of University of Arkansas’s Engineering Student Council (ESC) and the Black Male Initiative (BMI). The ESC connects engineering students with faculty, staff, and student organizations to discuss ways to improve the university. The goal of BMI is to attract and retain black males in UA’s College of Engineering.

Malachi has served as a robotics teacher and director’s assistant while working at the Prism Education Center. He created and taught a robotics program and coached the robotics team to a ninth place finish in the 2013 Arkansas First Lego League State Tournament.