360-degree views of education and professional opportunities in STEM 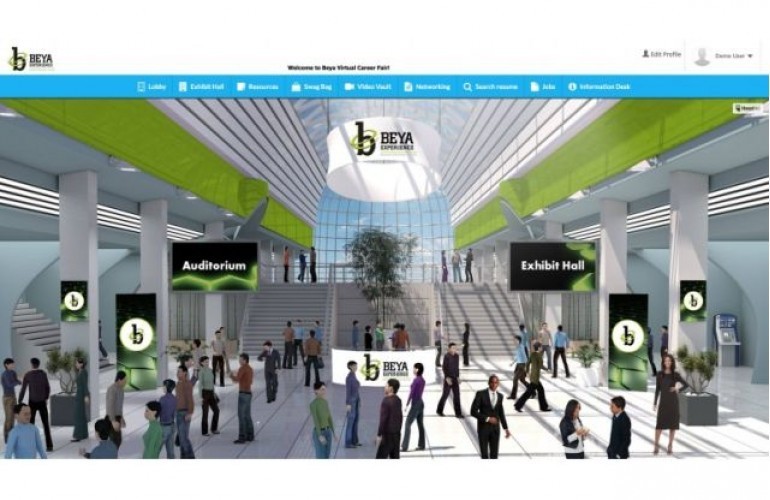 Since 1987, Black students have seen thousands of high achievers in science, technology, engineering, and math (STEM) fields walk on to the stage at the Black Engineer of the Year Awards (BEYA) gala.

Some common threads running through all BEYA winner stories are that someone made them feel excited about their abilities, or helped them see the relevance of STEM fields for a job or career. Others say someone encouraged them to keep striving in these subjects. Taken together, the majority of BEYA winners in STEM fields say they had at least one of these positive experiences.

However, according to recent data from the U.S. Department of Education, Black students earned no more than 9% of the STEM degrees awarded in 2018 across the bachelor’s, master’s and doctoral levels – figures that have changed little since 2010.

The findings of a Pew Research Center survey published in 2022 also show that there has been little progress in the share of Black graduates from collegiate or higher-level STEM training programs over the past decade.

Asked what would help attract young Black people to pursue STEM degrees, a majority of Black Americans think it would help a lot if people saw more examples of high achievers in these areas who were Black. About three-quarters of those with a college degree or more education think this would help a lot. The findings also point to Black adults’ beliefs about the factors that would do the most to increase representation in STEM fields.

Slightly more than four-in-ten say that someone made them feel excited about their abilities in these subjects (44%), helped them see how these subjects could be useful for their job (44%) or encouraged them to keep taking classes in these areas (43%).

Among high school graduates, similar shares of Black adults (58%) and U.S. adults (59%) say they had at least one of these three positive experiences in their STEM schooling.

Roughly six-in-ten (59%) say that someone encouraged them to keep taking more classes in these subjects. Taken together, 81% of Black college graduates working in STEM fields say they had at least one of these positive experiences.

By comparison, Black college graduates working in other kinds of jobs are far less likely to recall positive experiences in STEM classes. The share of Black STEM workers with a college degree or more education who recall a positive experience in their most recent STEM schooling is about the same as the share of all college graduates working in STEM who say this (81% vs. 82%).

However, a larger majority of college-graduate STEM workers in the general population say that someone encouraged them to keep taking classes in these subjects (68% compared with 58% of Black STEM workers).

About four-in-ten Black adults say they have had at least one of the following negative experiences: being treated as if they couldn’t understand the subject matter, made to feel like they don’t belong, or receiving repeated negative comments about their race.

About three-in-ten Black adults say they had someone treat them as if they could not understand STEM subjects (29%) or who made them feel they did not belong in STEM classes (27%). Two-in-ten among this group say that someone made repeated negative comments or slights about their race or ethnicity in their most recent STEM schooling. A third of all high school graduates say they had at least one of these negative experiences.

Ebony O. McGee, a scholar focused on diversity in STEM higher education, finds that Black people pursuing a higher degree and career in science or another STEM field face an array of obstacles such as stereotyping and implicit biases.

Though not a causal effect, Black representation among a person’s high school teachers is associated with more positive experiences with STEM schooling.

Among Black adults with a high school degree or more education, 49% say they had at least one same-race high school teacher in a science, technology, engineering or math class.

Those who did are more likely to recall positive experiences in their STEM schooling. For example, 52% of those who had a Black high school STEM teacher say that they have had someone encourage them to keep taking STEM classes, compared with 34% of those who did not have a STEM high school teacher who was Black.

Both groups are about equally likely to report negative experiences in STEM schooling. See Appendix for more details. Half or more Black Americans see mentors as especially influential to how many young people pursue STEM degrees

Half of Black adults say the lack of a mentor or other adult encouraging young people to pursue these fields is a major deterrent, while a third consider this a minor reason why more young people don’t pursue college degrees in STEM.

The same share (50%) says lack of access to quality education is also a major reason that more young people do not pursue STEM degrees. (Note that these questions reference young people, generally, without specifying their race or ethnicity.)

In addition, 45% of Black adults say a major difficulty comes from young people thinking that STEM subjects are too hard and 39% say disinterest in these subjects is a major reason behind STEM enrollment figures for young adults.

About three-in-ten Black adults (31%) think young people not seeing the usefulness of these subjects for their careers is a major reason many young adults don’t pursue college-level STEM degrees; another 41% say this is a minor reason.

Views among Black adults on these questions are generally similar to those of the overall U.S. population. However, all U.S. adults place somewhat greater emphasis on the difficulty of the subject matter as a major reason for why more young people do not pursue STEM college degrees.

Black adults with higher levels of education are particularly likely to point to the absence of a mentor and the inaccessibility of quality education as major reasons more people don’t pursue STEM college degrees.

Majorities of Black adults with a postgraduate (65%) or college (62%) degree say the lack of a mentor or other adult encouraging young people is a major reason behind this pattern.

About six-in-ten Black adults with a postgraduate degree (61%) and 64% of those with a college degree say that the lack of access to quality education is a major reason more young people do not pursue STEM degrees in college.

A 54% majority of Black Americans say that more visible examples of high achievers in these fields who are Black would make young Black people a lot more likely to pursue college degrees in STEM, while 27% say this would help a little and 16% say this would not make a difference.

The importance of visible examples, which some people equate with mentors or role models, also came to mind in focus group discussions on this topic.

For example, 75% of Black adults with a postgraduate degree and 73% of those with a college degree say that seeing more examples of high achievers in STEM fields who are Black would help a lot to attract more young Black people to these fields. By comparison, 60% of Black adults with some college education say this would help a lot and 39% of those with no more than a high school diploma say this.

There are similar patterns by education when it comes to the impact of having a same-race high school teacher in STEM classes and the typical college or university having at least several Black students in STEM degree programs. Compared with other professions, fewer Black adults see people of their race at highest levels of success in science, engineering.

To measure perceptions of Black achievement, the Center survey asked respondents if they thought Black people had reached the highest levels of success in each of nine professional groups. At the top of these ratings were professional athletes and musicians; scientists and engineers were ranked lowest.

Overall, 84% of Black adults say Black people have achieved the highest levels of success among professional athletes and 80% say this about Black professional musicians.

In contrast, scientists and engineers are rated lowest among this set; 36% say Black people have reached the highest levels of success in science and 43% say this about engineers. Majorities say this is not the case. Views of Black achievement in these STEM professions are similar among older and younger Black adults.

Across levels of educational attainment, those with a high school diploma or less are somewhat more likely to say Black people have reached the highest levels of success in science and engineering than Black adults with more education.

Black men are more likely than Black women to say Black scientists have reached the highest levels of success (44% vs. 31%). However, there are no gender differences in views of engineers. The relative lack of visible examples of Black achievement in science and the allied fields of technology, engineering and math is one factor that could deter Black people from deciding to pursue STEM education and careers.