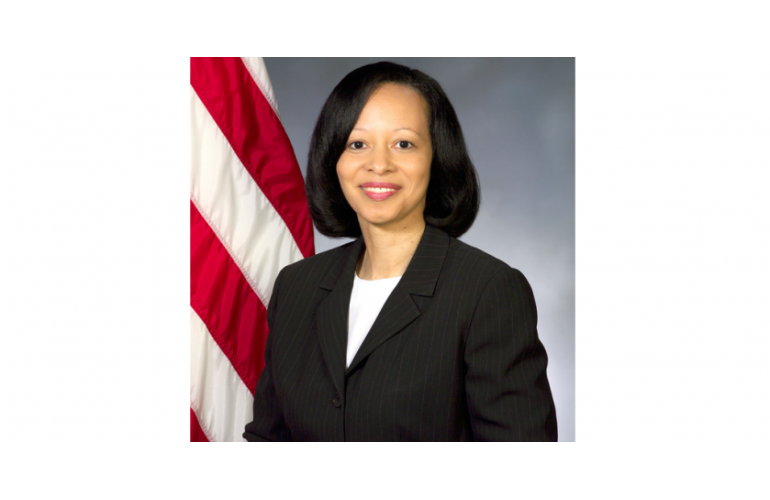 Ms. Joan Hughes may just be retiring for the second time.

“Ms. Hughes (SES ret.) will be leaving the BEYA SMP after our last session at Thomas Jefferson on 29 May 2018,” said Mr. Jesse McCurdy.

The BEYA (Black Engineer of the Year Award)  SMP (Sustained Mentoring Program) is a component of the 32nd annual BEYA STEM Conference.

Mr. McCurdy is the first African-American senior executive service (SES) member of Naval Air Systems. He retired after 37 years as a civilian chief engineer. Since then, he has devoted his time to mentoring students in STEM.

Ms. Hughes retired as a senior consultant in the program executive office of the U.S. Navy. But she remained a vital part of the mentorship program at  Thomas Jefferson (TJ) High School for Science and Technology, which is led by McCurdy.

“Ms. Hughes has been a tremendous asset …providing financial aid information and career guidance to hundreds of students over the years,” McCurdy said. “The students and administrators are planning an end of the year closing session at TJ honoring Ms. Hughes.”

Joan T. Hughes was one of the first Department of the Navy African-American Flag Officers and civilian Senior Executive Service (SES) members.

“It has been an honor and a privilege to serve on the team,”  Said Ms. Hughes.”I was fortunate enough to see an idea through to the successful program it is today; dedicated mentors with extensive experience in all aspects of STEM.

“Our students in the Washington Metropolitan area have been given a tremendous gift.  Thank you for giving me the opportunity to play a small role in encouraging our students to pursue STEM careers,” she said.

Thanks for all you did, Joan. Gonna miss you…

You are the epitome of leadership and inspiration. Thank you for all you do and have done to support the future.

Looking for the best app to watch free movies on your iOS phone? Then your should check Showbox app. This is the most famous app today that has a big library of tv shows and movies. This app is also available for Mac users. But your need to download it first to enjoy free shows showbox-all.com