A Case Study in Retention 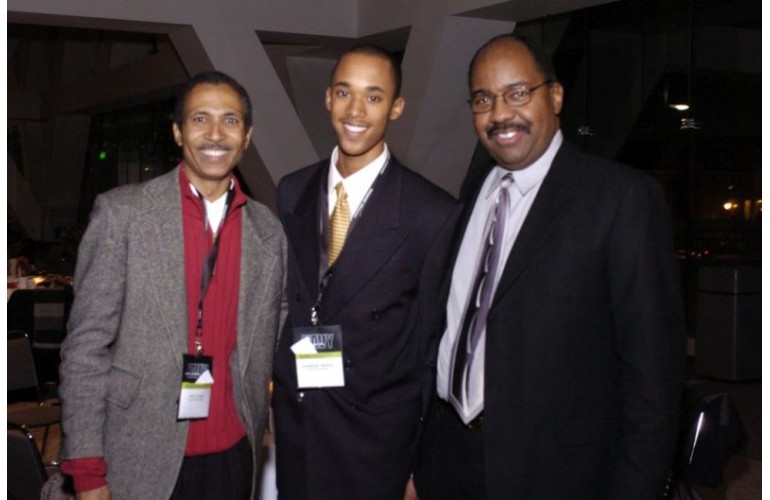 A Case Study in Retention: Incorporating BEYA, The MITRE Way was first published in US Black Engineer & Information Technology magazine’s Feb/March 2006 issue. At the time, the writer William D. Albright (standing right in the photo taken at the BEYA STEM Conference) was Director of Quality of Work Life & Benefits for the MITRE Corporation.

The MITRE Corporation is a private, not-for-profit company that works in the public interest, operating federally funded research and development centers (FFRDCs) for various agencies of the federal government. With principal locations in Bedford, Mass., and McLean, Va., MITRE has approximately 5,700 employees working at over 65 domestic and foreign sites.

Although principally engaged in assisting the Department of Defense, the military services, and the intelligence community in systems engineering for national security, MITRE also operates FFRDCs for civilian government agencies such as the Federal Aviation Administration and the Internal Revenue Service. State-Of-The-Art knowledge of information technology underlies all of MITRE’s work.

MITRE has developed a comprehensive approach to institutionalizing diversity within the corporation, encompassing recruitment, retention, employee engagement, and outreach. Although MITRE has made significant advances in all these areas, our efforts in recognition have been particularly noteworthy to retain minority and female employees.

As part of its overall reward and recognition program, MITRE has been successful in obtaining national recognition of the technical and managerial accomplishments of its deserving minority and female employees.

From 1987 to the present, 45 of MITRE’s minority and female employees have been nominated in various awards categories sponsored by the prestigious Black Engineer of the Year, Women of Color in Technology, The Society of Women Engineers, and the Women in Technology Awards conferences. Of the 45 employees nominated, 36 were selected to receive recognition. That’s an impressive 80 percent success rate.

However, the process of nominating employees is only the beginning.

MITRE strongly believes that a nominated employee is already a winner and celebrates every nomination shortly after it is made. All of those involved in the nomination process take part in the celebration, from senior management on down to the support staff members who assemble the nomination packages. And if the nomination results in an award, MITRE celebrates all over again. The family of the awardee, his or her management, and representatives of Human Resources all attend the conference to applaud the recognition.

MITRE has found that this recognition process, among other things, has had such a positive effect on retention that 40 of the 45 employees nominated over the past 18 years are still with the company, and some of those who left were retirees. Moreover, many of those nominated have since been promoted to higher positions or taken on special assignments. They now serve as mentors for other MITRE staff, helping to encourage development and support advancement.

This recognition process has also had an impressive impact on the managers of the nominees. Many managers have indicated a better understanding of not being in the majority while attending these predominantly minority and female conferences. They also become energized to take this positive experience back to the office to raise the awareness and further integrate diversity into their operations, thereby facilitating the creative solutions needed by MITRE’s government sponsors.

All in all, we believe that this recognition effort has had a positive impact that extends well beyond the minority and female employees who have been honored. Competing for this national recognition has been beneficial for MITRE because it demonstrates the outstanding skills and experience of our staff. It has also inspired many other employees who both appreciate the accomplishments of their colleagues and feel good about the company for facilitating their recognition. Finally, it has had a positive impact on the culture of the organization by raising awareness among the company’s managers about the importance of diversity and strengthening their commitment to helping MITRE institutionalize it within the organization.