A Look Back at 2018 BEYA Winners from Lockheed 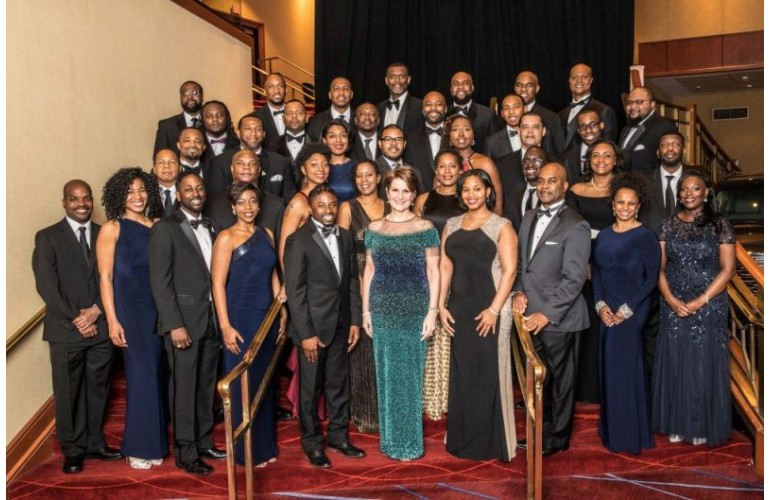 Lockheed Martin Chairman, President, and CEO Marillyn Hewson has celebrated the accomplishments of Black Engineer of the Year Award (BEYA) winners since she became CEO in January 2013.

A veteran of Lockheed Martin for 14 years, he leads the engineering efforts for a multi-disciplinary organization of about 2,000 people. He partners with the cyber solutions chief engineer and program directors to advance cyber capabilities for domestic and international customers.

Earlier in the day, Derek McGowan received The Dean’s Award at the HBCU Engineering Deans Breakfast.

With Lockheed Martin since 2001, McGowan is now program manager of the Minority Serving Institution Strategy, where he drives diversity and inclusion efforts in STEM programs, student development and recruiting at Historically Black Colleges and Universities and Hispanic- Serving Institutions.

At Tuskegee University, for example, his support for the college’s pre-engineering program has been exemplary.

Through McGowan’s actions, at least 40 pre-engineering high school student receive math and science prep during the summer before they join the Tuskegee University College of Engineering program as freshmen. McGowan has been a role model to students, giving seminars and delivering keynote speeches at pre-college summer programs.

The BEYA MDTL category recognizes early-career, bright, young, and up-and-coming women and men, who not only demonstrate consistent performance but show all the potential of shaping the course of STEM for the 22nd century