Aerospace Engineering is a ‘dream come true’ for BEYA Winner 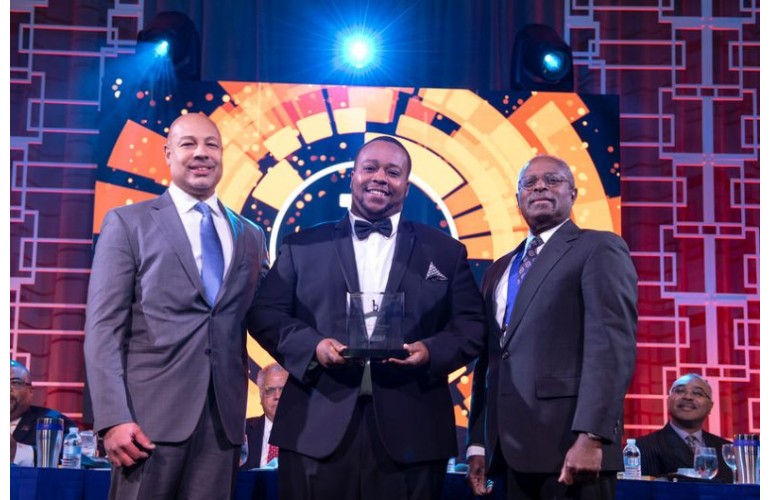 The Dr. Walt W. Braithwaite Legacy Award is named for the 1995 Black Engineer of the Year. He helped perfect The Boeing Company’s use of computer technology in the design and manufacturing process.  This year the award went to Myron Jonah Fletcher Sr., a senior flight test engineer at Boeing.

Dr. Brathwaite’s work in computer-integrated technology was crucial to the development of the CAD/CAM systems that make it possible to design airplanes by computer. His development of a standard data format for the exchange of digital product definition data between different types of systems established the basis for the American National Standard.

Myron Fletcher began his aerospace journey at the age of 16 as an Aerodynamics Engineer at NASA. In just six years with the Boeing Company, he was the first engineer to deliver qualified space hardware to the NASA Michoud Assembly Facility in New Orleans where he was a Rocket Propulsion Engineer working on the core stage for the NASA Space Launch System, the world’s most powerful rocket.

“Myron makes it his goal to give back and uplift others in promoting STEM,” said Dr. Briathwaite (left) at the BEYA event in February, stressing “the importance of mentorship by advocating for diversity and inclusion across Boeing’s enterprise.”

“My father always said, If you dream it, you can achieve it,” said Fletcher on receiving his legacy award. Growing up in Little Rock, Arkansas, Fletcher saw the Boeing 747 Air Force One quite a lot.

“Living down the street from Little Rock International Airport, I wondered how planes fly,” he said. “One day my brother said why don’t you build and fly them? Now I stand before you as a flight test engineer working on the next presidential aircraft that will fly long after I’m gone. I’m forever grateful to my family for all they instilled in me. I dreamed it, and I achieved it.”