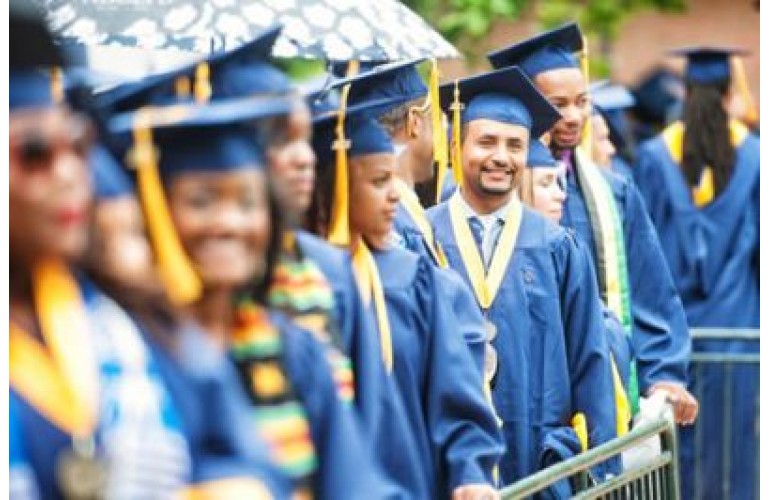 African Americans and Hispanics are more likely to go into debt while earning a doctorate in the sciences than their white and Asian counterparts, according to a new issue brief by experts at the American Institutes for Research (AIR). The disparity is largest for African Americans, who are twice as likely to accrue more than $30,000 in debt.

“The Price of a Science Ph.D.: Variations in Student Debt Levels Across Disciplines and Race/Ethnicity” examines debt accrued by those who were U.S. citizens or legal permanent residents when they received their doctoral degrees in 2010.

The brief is being released as institutions of higher education, policymakers and others are encouraging minorities to pursue advanced degrees in science, technology, engineering and mathematics (STEM).

“Financing a Ph.D. in the sciences can result in high levels of debt, particularly for under-represented minorities,” said Rita Kirshstein, co-author of the issue brief and a managing director at AIR. “If we want science Ph.D. programs to be more inclusive, then we need to re-examine the policies and practices that support those students.”

The authors of the brief also looked at the social, behavioral and economic sciences. Compared with STEM, more Ph.D. graduates in those fields carry loans of more than $30,000, with 35 percent of whites and Asians, 44 percent of Hispanics, and 58 percent of African Americans accruing this level of debt.

Those who study these disciplines have a larger burden because they are less likely to receive institutional funding and it takes them more time on average to complete their studies, the authors said. In 2010, the median time to complete a Ph.D. in the social, behavioral and economic sciences is 7.7 years compared with 6.3 years for a student studying in a STEM field.

Disparities still existed along racial and ethnic lines even when students’ time to completion did not exceed the median. Among STEM students who earned their doctorate within the median 6.3 years: 23 percent of white and Asian recipients, 32 percent of Hispanic recipients, and 43 percent of African-American recipients completed their studies with debt.

The authors of the brief also looked at debt accumulation along gender lines. Of those who studied the social, behavioral or economic sciences, females were more likely than their male peers to owe a debt.

While racial and ethnic disparities were much larger than gender differences,  the authors found that African-American females were likelier to be more than $30,000 in debt than their male counterparts whether they studied a field in the social, behavioral or economic sciences (60 percent versus 53 percent) or in STEM (27 percent versus 22 percent).