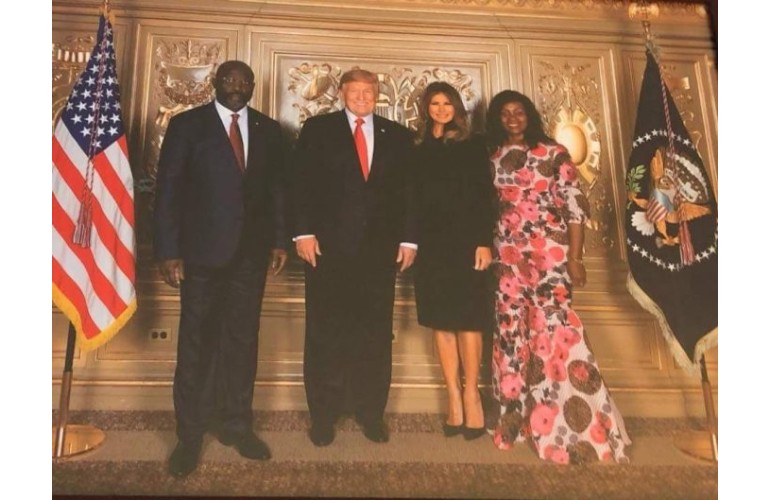 African leaders underscored their countries’ efforts towards sustainable development at the 73rd session of the UN General Assembly.

UNGA opened on September 18. The first day of the high-level General Debate was Tuesday, September 25, and is scheduled to last for nine working days.

On Thursday, Sept. 27, Julius Maada Bio president of Sierra Leone, said his country’s commitment to the United Nations Charter and the building of a more secure world resonates with the theme of this year’s General Assembly debate.

“Making the United Nations relevant to all people: global leadership and shared responsibilities for peaceful, equitable and sustainable societies.”

Sierra Leone recently demonstrated its commitment to democratic governance with yet another peaceful transfer of power from an incumbent political party to the opposition, he said, thanking the international community for facilitating and monitoring the electoral process.

Since the General Assembly’s 2005 pledge to strengthen the United Nations and enhance its authority and efficiency, some gains have been made, he continued.

He said Sierra Leone’s blueprint for progress focuses on taking the country beyond the phase of peacebuilding and consolidation, and firmly establishing a stable and pluralistic democracy.

He highlighted how Sierra Leone is undertaking extensive reform to create a peaceful, just and inclusive environment.  Welcoming the United Nations renewed commitment to conflict prevention and acknowledging the relevance of the global framework to prevent, combat and eradicate the illicit arms trade, he also called on the international community to help consolidate Sierra Leone’s development efforts.

Daniel Kablan Duncan, Vice-President of Côte d’Ivoire, said reforming and modernizing the United Nations is even more important than ever.

Turning to several national concerns, he said his country is working on addressing the challenge of unregulated migration.  Calling for a collective drive to resolve the issue, which affected many young people in Africa, he viewed the challenges from a development perspective, emphasizing the importance of broadening opportunities for youth.

Pointing out that 26 percent of Côte d’Ivoire’s population are foreigners, he highlighted the benefits of regulating the migration crisis for countries of origin, transit, and destination.

Managing migration well would also benefit the fight against human trafficking.  More broadly, the Agenda 2063 of the African Union demonstrates that the continent can transform itself into the “new frontier” for development, he said, reiterating the need to find collective responses to common challenges.

Reviewing the situation in his country, he said its economic emergence will be achieved in a relatively short period of time.

Politically, the transition to a multiparty system has been characterized by open dialogue, with 18 political parties — in a country of fewer than 1.4 million people — now recognized.

Pointing to Constitutional amendments, including presidential term limits, he called on friendly nations and multilateral organizations to support the Government’s economic reforms.  The United Nations, he underscored, should not only be a forum for dialogue, but also a forum for cooperative exchanges to promote the development of humanity.

Jose Mario Vaz, president of Guinea‑Bissau, expressed concern that many conflicts persist around the world and many people continue to suffer the destruction of war.

Millions die or are forced to abandon their homes in search of asylum, he said, emphasizing that “we cannot remain indifferent to so much suffering and despair”.

Spotlighting the plight of those seeking asylum in Europe as well as those in Palestine, Yemen and Syria — which continues to be a major source of concern for the international community — he said that on the African continent, internal tensions caused by terrorist groups especially in the Sahel region spread fear among populations and prevent Governments from focusing on development issues.

Noting that climate change is increasingly causing more frequent droughts and floods in many parts of the globe, he said many island countries face the risk of disappearance due to rising sea levels.

“These challenges require from all of our efforts, new attitudes, and more responsible behaviors,” he stressed, calling on nations to rigorously meet their commitments undertaken as part of the Paris Agreement.

Noting that the country is on track to hold elections on 18 November, he appealed for the lifting of sanctions imposed on some of Guinea‑Bissau’s armed forces officials.

Ruhhakan Rugunda, Prime Minister of Uganda, said that his country’s development transformation cannot take place without peace and security.  Uganda must be unwavering in its resolve to combat terrorism.

Religious extremism and terrorism from groups like Al‑Shabaab and Boko Haram severely threaten security and development.  The threat is compounded today given the possibility of the linkage between terrorism and proliferation of weapons of mass destruction.

For a continent of 54 countries, Africa must have a bigger voice in the global political debate.  This would also help increase the legitimacy of Council decisions.

“We now host 1.4 million, the largest number of refugees on the African continent,” he said.  Uganda remains committed to ensuring its refugee model is consistent with the New York Declaration.  “We do this because we know that no one chooses to be a refugee and understand the critical importance of treating refugees humanely,” he continued.  The new Global Compact on Refugees will help share the responsibility and burden among all Member States.

He called for a host of urgent actions to help conserve Lake Chad, adding:

“This is a question of life or death.”  The situation is deteriorating in two regions of Cameroon, he said, expressing concern for the state of the economy there and calling for international support.

Robert Dussey, Minister for Foreign Affairs of Togo, called for expanding the legitimacy and reach of the United Nations.  “We must shoulder the new responsibilities that have emerged,” he emphasized.

Poverty is still too present in Africa, he said, adding: “The people are still awaiting a better day.”

“We must redouble efforts to put an end to conflicts, especially in Africa,” he continued, noting United Nations peacekeeping activities on his continent.

He welcomed a shared vision of responsibility, which would allow all Member States of the United Nations to take charge and action.  Togo’s national plan aligns with the 2030 Agenda with the Government aiming to turn the country into a middle-income country.