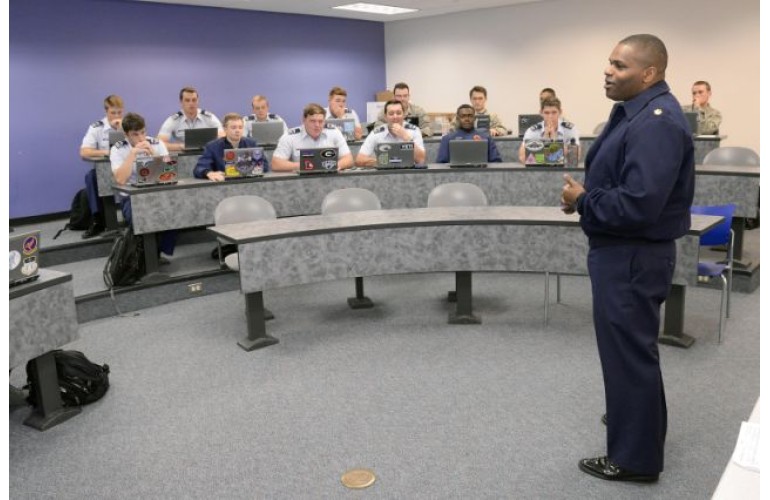 The U.S. Air Force will come together this summer to celebrate winners of the Blacks in Government Meritorious Service Award Aug. 13-16 in New Orleans.

The award honors military and Department of Defense civilian employees who have supported missions or contingency operations, or whose attributes best epitomize the qualities and core values of their service branch.

The award recipients are:

Bryant improved unit productivity by delivering core services and emerging technology to 850,000 systems users across 10 major commands. Bryant also served as the youth director for the National Association for the Advancement of Colored People where she awarded two $2,000 scholarships to local high school students.

Cooper directs the research efforts of 27 scientists and engineers at the undergraduate and graduate level. He also serves as the directorate lead for the $4 million Minority Leader Research Collaborative Program which works with 25 universities.

Prosper (with a class in photo)  led the Making Excellence Inclusive Committee that administered a survey of numerous groups in an effort to improve minority retention at the U.S. Air Force Academy.