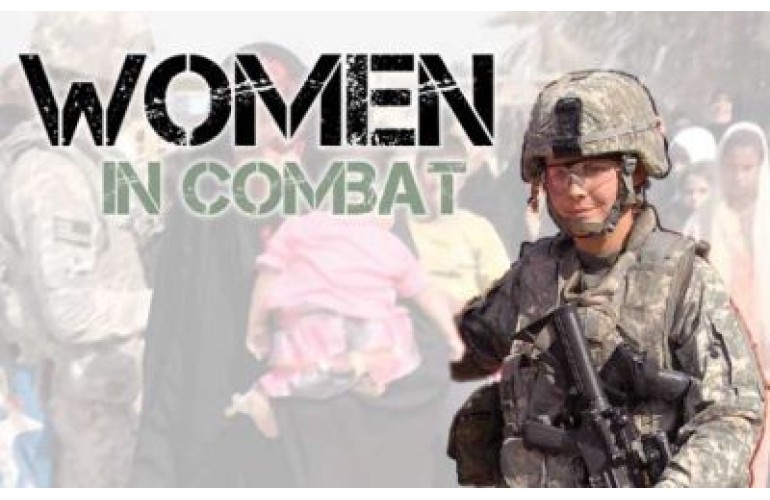 Secretary Ash Carter today announced the U.S. Department of Defense will open all military combat roles to women, without exception. With the opening of all positions in the military to women, the United States joined key Western allies, where women have front-line combat positions.

The positions in all service branches will be open to women in 30 days, Secretary Carter said.

“While the Marine Corps asked for a partial exception in some areas such as infantry, machine gunner, fire support reconnaissance and others, we are a joint force, and I have decided to make a decision which applies to the entire force,” Carter said at a Pentagon press briefing Thursday.

“The important factor in making my decision was to have access to every American who could add strength to the joint force,” he said.

According to the Military Times, the decision will open to women about 220,000 jobs in all or about 10 percent of the entire active and reserve force. Most of those jobs are in Army and Marine Corps infantry and armor units.

As of Jan. 1, female service members – both current and incoming recruits – will be allowed to serve in any military job for which they meet the gender-neutral performance standards and other requirements.

“They’ll be allowed to drive tanks, fire mortars, and lead infantry soldiers into combat. They’ll be able to serve as Army Rangers and Green Berets, Navy SEALs, Marine Corps infantry, Air Force Para jumpers and everything else that was previously open only to men,” Carter said.

“There’s no underestimating this,” commented Capt. Mordechai Levin on the telephone from California.

“It’s as momentous an occasion as 1948 when President Truman signed the executive order for desegregating the military. But it didn’t just happen today,” Levin said.

“It’s thanks to the work of people like Tyrone Taborn, who were talking about diversity before it became fashionable. To Gen. Lester Lyles, for his leadership on the Military Leadership Diversity Commission; Martha McSally, the first American woman to fly in combat following the 1991 lifting of the prohibition of women in combat, and Gen. Rebecca Halstead, the first female graduate of West Point to become a general officer…Because of those people working in the background, all women are now eligible to do combat if they meet the standards,” Levin said.

The Military Leadership Diversity Commission’s report, From Representation to Inclusion: Diversity Leadership for the 21st Century Military, found that “racial/ethnic minorities and women are still underrepresented among the Armed Forces’ top leadership, compared with the service members they lead.”