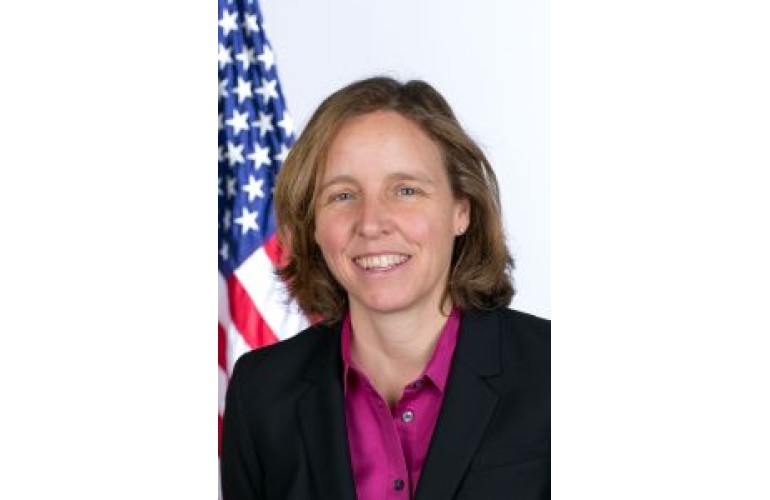 Megan Smith can draw a straight line from the hands-on science projects she engaged in while attending an innovative public school in Buffalo, N.Y., to her trailblazing technology career.

With her high school science classes as a foundation, Smith has worked on engineering projects from a new-wave bicycle lock to solar-powered stoves and cars, and construction of the space station. Smith also helped develop early smartphone technology, worked on multimedia projects with Apple Japan, and served as CEO of PlanetOut, a media company focused on the gay and lesbian community.

Later, she went on to be a senior vice president at Google, helping to bring acquisitions including Google Maps and Google Earth.

After that, she worked on diversity and other projects for the information giant. Now, she works at the White House as the nation’s chief technology officer, which, as much as anything, makes Smith a “tech evangelist.”

Officially, the 50-year-old Smith says that as chief technology officer she focuses “on how technology policy, data, and innovation can advance the future of our nation.” In short, she wants to marshal the power of technology to help government do its many jobs more efficiently.

She also looks for ways to bring the opportunity and the uplifting power of technology to the many places where it is in short supply.

A big part of her White House role is to advise President Obama on technology-related issues, such as net neutrality and the welter privacy issues surrounding digital technology. She also helps oversee TechHire, a federal initiative aimed at equipping workers with the skills needed to work in the technology sector.

The effort uses traditional college training, as well as approaches like coding boot camps and on-line courses, to prepare a broader array of workers for the estimated half a million tech jobs that are open at any given time.

She also works to bring more technology talent into the government. Smith promotes the Presidential Innovation Fellows program, which was established in 2012 to bring top innovators into government to wrestle with issues at the intersection of policy, technology, and government process.

In addition, she works with the nation’s Digital Service, which encourages tech professionals with cutting edge skills to join forces with the government to solve difficult problems.

“The idea is to bring the best of the digital world into the government sector,” Smith said.

Smith says those “tours of duty” are critical to the future as the federal government works to harness the technological innovation that has made companies such as Amazon and Apple world leaders.

For tech workers, whose talents are sometimes used to harness amazing technology that allows us to rant electronically or post cute cat videos that can be seen across the globe, it is an opportunity to bring vital skills to some of the most consequential problems facing society: poverty, the delivery of health care services and improving education.

“These are some of the hardest problems around,” Smith said. “These are huge agencies and these are amazing challenges. They are really incredible projects to be part of.”

Those challenges are part of what brought Smith to Washington. She counts herself lucky for the kind of technology and science education she received at her Buffalo magnet school.

There were talented teachers, hands-on classes, and mandatory science fairs, which created a love and familiarity with technology that has propelled her career.

Now  her aim is for many others to have the same opportunities.

“It is important that kids get to learn STEM more like we learn art, or music, or PE,” she said, “instead of sitting in that traditional, sort of industrial-age classroom, which makes this so boring and so intimidating for most children that they just opt out.”

As Smith became more deeply steeped in technology, earning both bachelor’s and master’s degrees at MIT, Smith became more concerned with using her skills to help people. Working at the White House is just another step in that progression.

Part of her mission is to have more minorities and women consider STEM careers. As it stands, women account for about 58 percent of four-year college graduates. They get better grades than men, on average, and are more apt than men to volunteer and do other things that seen as advantageous to building careers. But they lag when it comes to landing technology jobs.

Smith sees that disconnect as a reflection of a culture that subtly discourages women–as well as blacks and Hispanics– from tech jobs. Few are depicted doing STEM jobs in television shows and movies. Also, unlike some men, women tend to underestimate their abilities.

Studies have found that if for example, a job posting calls for 10 skills many women would refrain from applying if they perceive themselves having just seven, Smith said, while men are likely to apply if they have just three. Also, processes such as earning tenure at colleges and universities are stacked against women, as some of the most crucial times coincide with women’s child-bearing years.

Despite all that, Smith notes, things are changing. Wherever she goes, she encourages women in technology to cling to their dreams and to experiment with things that they like. They should volunteer; take entry-level jobs in college, anything that will expose them to the wonders of the tech sector.
“The most important thing is to stick with it,” Smith said. “Ask for help when you need it. Work in teams. And just do not give up.”