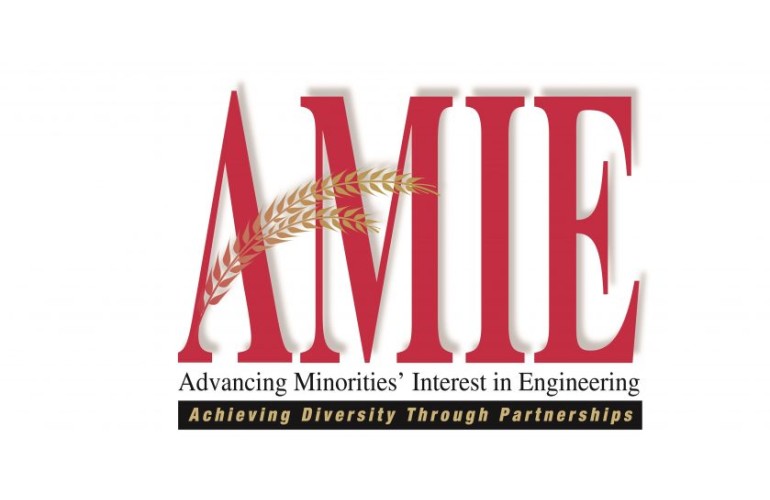 The 28th annual AMIE Conference continued for the second and final session on Thursday, September 9. Scott Trapp, outgoing chair of the Advancing Minorities’ Interest in Engineering (AMIE) board, gave the welcome address.

“I’ve always said the fifteen HBCU engineering schools are a gem for our nation, as they continue to produce thirty percent of African American engineers,” he said, adding that graduates from these institutions continue to do groundbreaking work and  research for their employers. “These are just some of the reasons why AMIE exists,” Trapp said.

‘Choosing a career in STEM’

When she was young, Groshek was not into building cars, taking apart household items, tinkering, and rebuilding things. Instead, she was set on going into law, until she had an opportunity to speak to recruiting managers from Kettering University (formerly General Motors Institute of Technology).

“Once I entered General Motors Institute, it opened up what I could do as an African American female engineer,” she said.

She started work in a foundry as part of her co-op while earning an electrical engineering degree. The experience prepared her for some of the challenges as a Black woman in a highly technical automotive industry. Groshek said she learned how to cope with people questioning her capabilities.

“With great mentors and coaches along the way, I was able to overcome a lot of challenges,” she said. “I quickly realized that it takes a village or network of people to help you become successful.”

Like Groshek, Everett Tucker also opted for electrical engineering. While a student at Penn State University, he fortified his interest in the field with summer internships at General Electric (GE), a local experience for him as he was born and raised in rural Pennsylvania. After graduation, Tucker joined GE.

“Fast forward to where I am today, and as I reflect on what has helped in my progression, one of the most important things is how you go about advocating for yourself,” Tucker said. He also agreed that having mentors and people who impact and influence your career path decision-making is critical. “It’s the difference between having someone on your side versus in your corner in terms of navigating one’s career,” he said.

Tucker has done a lot of professional travel abroad and in the United States. He has relocated for work several times during his career. “The higher up you go, it becomes more about your ability to grow and develop other people,” he said.

Exposure and access in the formative years of young people are significant, Tucker said. Groshek agreed that gaining access at an early age makes a difference.

“High school is way too late,” she said. “It needs to be elementary school when people are still inquisitive, hopeful about their opportunities for the future, and before they get convinced that engineering is for other people.”

Tucker said one of the opportunities that organizations like AMIE have is to build and diversify the STEM pipeline in a way that is inclusive. “We have to make sure that we are creating those dynamics at the right time to plant those seeds,” he said.

‘How HBCU engineering schools are planting seeds for the future

During the HBCU Deans’ Roundtable Discussion, the engineering deans at historically Black colleges and universities (HBCUs) touched on outreach programs in the communities they serve, what they are doing to attract and retain students, and how they are communicating the benefits of an engineering career to students from communities that are historically underrepresented in the field.

This year, the theme of the discussion panel was: “Discovering New Outcomes and Possibilities through Collaborative Thinking in the Age of Industry 4.0.”

The Initiative will be established in the Department of Education and led by an executive director in coordination with senior officials across the Executive Office of the President to provide advice to the President on advancing equity, excellence, and opportunity at historically Black colleges and universities (HBCUs), and for the communities they serve by coordinating a government-wide policymaking effort to eliminate barriers HBCUs face in providing education to a growing number of students. The Initiative’s recommendations shall include advice on advancing policies, programs, and initiatives that further the policy.

President Biden also announced his intent to appoint Dr. Tony Allen, president of Delaware State University, as chair of the President’s Board of Advisors on Historically Black Colleges and Universities.

The Board will advance the goal of the HBCU Initiative, established by the Carter Administration, to increase the capacity of HBCUs to provide the highest-quality education to its students and continue serving as engines of opportunity.