At AMIE, lessons relearned about diversity 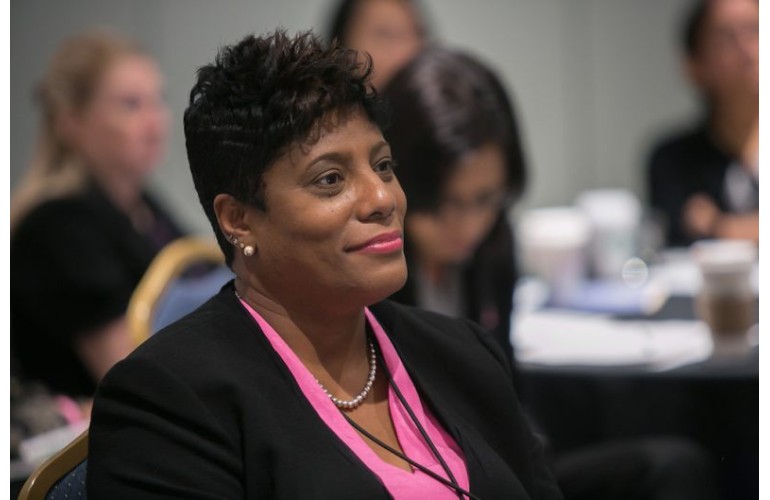 The 2017 Annual Conference of AMIE (Advancing Minorities’ Interest in Engineering), held at the Marriott Wardman Park Hotel, featured an all-star lineup of distinguished guests, presentations by students and faculty from host institution the University of the District of Columbia, and panel discussions by professionals and educators briefing the conferees on issues that either already are, or soon will be critical for development of this nation’s next generation of technology achievers.

The program kicked off with a welcome by Dr. Devdas Shetty, Dean of host institution the University of the District of Columbia’s (UDC) School of Engineering and Applied Sciences, and a keynote speech by Major General Errol R. Schwartz (Ret.), Commanding General of the Militia of the District of Columbia National Guard, then led into an HBCU Engineering Deans’ panel discussion moderated by Nettie Johnson, V.P. of External Communication for Lockheed Martin Corporation.

It was a recurring theme: This conference was stocked with heavy hitters, including three others from the defense and aerospace world:

That was an apt presentation in a conference hosted by UDC, whose faculty, speaking during the conferees’ second-day campus tour, revealed how much their research partnerships with corporations and federal agencies such as the Office of Naval Research, Army Research Lab, NASA, the National Nuclear Safety Administration, the National Security Agency and National Science Foundation strengthened their programs, offering financial support, summer faculty training opportunities and internships for graduate and undergraduate students.

From this vantage, it’s clear that UDC’s location in the nation’s capital also provides apt opportunities to marshal support from federal agencies. But UDC’s strong efforts at corporate outreach have blossomed, too.

A panel discussion on “Preparing for the Evolving Needs in Cyber Security,” moderated by Dr. Angelyn(cq) Spaulding Flower, Coordinator of the Master of Science Program in Homeland Security and Co-Director of the Institute for Public Safety at UDC, featured critical insights offered by Jeffrey Brown of Boeing Network & Space Systems; Michael Barnes of the Federal Bureau of Investigation; Bill Littleton of the Department of the Navy’s SPAWAR Systems Center Atlantic; and Exelon Corporation’s Thomas J. Pierpont.

A panel discussion by UDC undergraduate students was a highlight of the day. There, the students, engineering and computer-science major all, thrilled the audience with stories of their experiences completing internships in major corporate and government research centers, many located far from the Federal District’s boundaries, first-time out-of-the-hometown experiences and first-time high-level exposures for young people whose talents and verve had never been so stringently tested.

The assembled educators and professionals present kept shifting their eyes over to Dean Shetty’s table, where he was beaming with pride at his students’ cool retelling of their manifest demonstration of accomplishment. It was clear to all attendees that the Dean’s pride was justified by what was heard.

The conference’s second day was indeed eye-opening. UDC President Ronald Mason welcomed the conferees there to tour his campus, and Dr. Shetty and his faculty colleagues put on a show to behold, describing their manifold research partnerships with federal agencies, the John Hopkins Hospital and the Albert Einstein Medical Center in New York, as well as with academic institutions across the country.

The second-day Conference Luncheon featured a speech by IBM Fellow Emeritus and Executive retired Vice President Innovation and Technology Nicholas Donofrio that completely fit the bill in describing why organizations such as AMIE exist.

Moderated by Donofrio’s fellow former IBM colleague and master diversity promoter Ted Childs, Donofrio’s talk centered on efforts such as the National Academy of Engineering’s efforts to boost minority access to engineering careers, including his role in the founding of the National Action Council for Minorities in Engineering (NACME).

While NACME has since done landmark work, Donofrio explained, the numbers of African-American engineers hadn’t reached anything like parity with black population numbers. It was an unfortunate omission, Donofrio noted, that the Academy’s leaders had not factored in the critical strengths brought to the fray by the Historically Black College and University Engineering programs, a mere 3 percent of U.S. engineering institutions, but producing an outsized share of the black engineering graduates.

Donofrio, a member of MITRE Corporation’s Board of Directors, stunned the conferees when he said, “I’m not an executive of MITRE, but I’m going to make the commitment anyway, that MITRE will be a supporter of AMIE.”

Donofrio revealed what IBM’s top leader taught him, by his example in command, and why he today is still such a strong supporter of diversity efforts. Donofrio and Childs began their careers when the legendary Tom Watson was running IBM, and that IBM’s own long history of diversity efforts began with Tom Watson’s recognition that talent is not restricted behind lines of gender, ethnic or racial difference. He regaled the audience with tales of Watson’s early determination – as far back as the 1930s – that diversity would be a hallmark of IBM’s pursuit and development of talent. It became an early forerunner of the diversity programs now common in major-corporation HR programs.

A final panel presentation, on “Preparing Engineers for Tomorrow,” featured reporting and commentary by Dr. Claudia Rankins, Program Officer in the Directorate of Education and Human Resources for the National Science Foundation and Dr. B.L. Ramakrishna, Director, Grand Challenge Scholar Program Network for the National Academy of Engineering.

And after all that, tours of UDC’s research laboratories and interviews with the university’s young achievers, many of whom not only were participating in major research studies as undergraduates but also had authored published papers, wowed the conferees all over again.

A banquet ended the day, with a keynote speech by Dr. Eugene DeLoatch, the now-retired founding Dean of Morgan State University’s Clarence Mitchell School of Engineering, founder and longtime leader of the Council of Deans of the HBCU Engineering Schools and 2017 Black Engineer of the Year. It really was quite a day.