An inside look at Lion Forge Comics 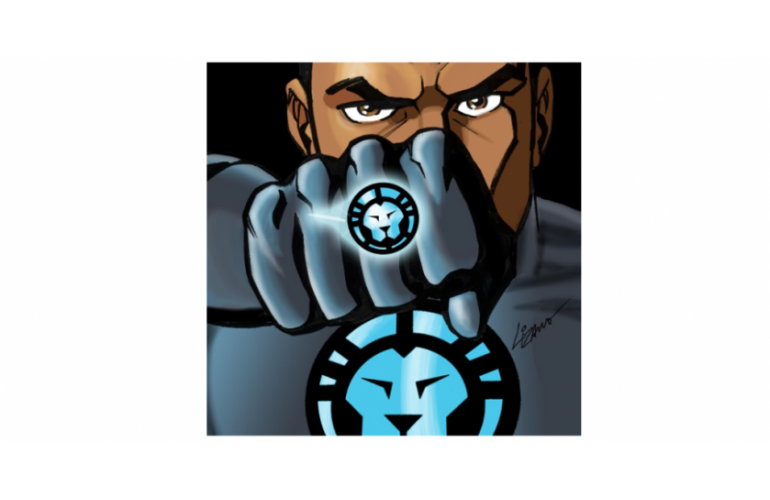 Just about anything can happen on the pages of comic books and graphic novels. Characters can defy gravity, call on superpowers to save the world, and overcome challenges, all against a backdrop of explosive color and bold, imaginative drawings.

David Steward II’s insight into comic books and graphic novels comes from his decade-long experience as the head of Lion Forge, a company whose slogan is “Comics for Everyone.”

Based in St. Louis, Missouri, Lion Forge Comics strives to publish comics that everyone—regardless of background or ethnicity—can identify with. It produced 70 titles last year and expects to churn out 130 titles—with multiple issues—in 2018.

These are some of the unique characters one will find in Lion Forge’s books:

• Bo Vincent Chen, the Asian leader of a superhero group similar to the X-Men
• Jonah, a boy with Down syndrome who can influence people’s thoughts, and his friend Amena, an African-American girl who has brute strength
• Accell, a Hispanic whose special power is speed
• Noble, an African-American character who is telekinetic

How does Lion Forge determine what ethnicity and backgrounds should be part of a character in its stories?

“We look at what we are doing, like our superhero line,” said Steward. “Obviously, we make sure we represent whites, Hispanics, African Americans, Asians, [people with] Down syndrome, but beyond racial diversity, there’s also gender, etc.”

They then determine “whether or not a compelling story could be told through that lens,” Steward noted. He said they decided to introduce the character Jonah with Down syndrome who also has a superpower.

“That group is often overlooked,” he said. “I thought it could inspire. I wanted that story to be told authentically.”

While someone else might have made a character with Down syndrome appear “normal” when the superpower kicks in, Steward said it was important for Jonah to still manifest Down syndrome while having the power of getting into people’s heads and influencing their thoughts. The message they are attempting to convey is that individuals are good enough just as they are.

“You can be a very meaningful contributor to society,” he said.

Steward notes with apparent pride that last year Lion Forge’s graphic novel Lighter Than a Shadow was ranked No. 1 by Amazon. The book is based on a true story about a girl with an eating disorder and her struggle to overcome it.

“We focus on making sure our stories reflect what our society looks like and are told through an authentic lens,” said Steward.

He is highly critical of major comic book companies such as Marvel and DC Comics when their artists create ethnic characters but the artists working on the stories do not represent those ethnicity or backgrounds.

Originally, Lion Forge focused on digital platforms for its content, with print copies of its books a secondary concern. After a couple of years, due to fluctuations in the marketplace, the company changed its business model to focus on print, with digital secondary.

Steward said that Lion Forge, which started with “four guys,” is nearing a staff of 50. He calls his company a “robust publisher.”

Science, technology, engineering, and math are components of many of Lion Forge’s stories. Sometimes the science is straightforward and realistic; other times it’s creatively manipulated and presented from a science fiction angle. For example, in one story, a giant meteor is hurtling toward Earth, and four astronauts sacrifice themselves to save the planet and end up with superpowers.

Real science blends with science fiction. Some of the characters in the comic books are scientists; some of the stories also blend real with imagined technology, he pointed out. Steward said these and other storylines can inspire future STEM innovators.

“I think it’s getting people to think outside, beyond our current circumstance, and dream what could be possible,” he said, adding that STEM is all about the capability of doing something that hasn’t been done before, but it requires inspiration.”

Lion Forge has earned praise and recognition for its approach to storytelling and design.

The company’s original graphic novel, Andre the Giant: Closer to Heaven, was nominated for three Glyph Awards as well as the Dwayne McDuffie Award for Diversity.

It is also home to the Magnetic Collection of premium and critically acclaimed comics and graphic novels, boasting multiple Eisner Award nominees.

As for the future of his industry, Steward is extremely optimistic.

“I think there are great opportunities out here,” he said. “It’s great to tell these stories.”

He sees more stories like the emergence of Black Panther as a blockbuster movie, which he praised but added it was a long time coming “jumping from the page to the screen.”