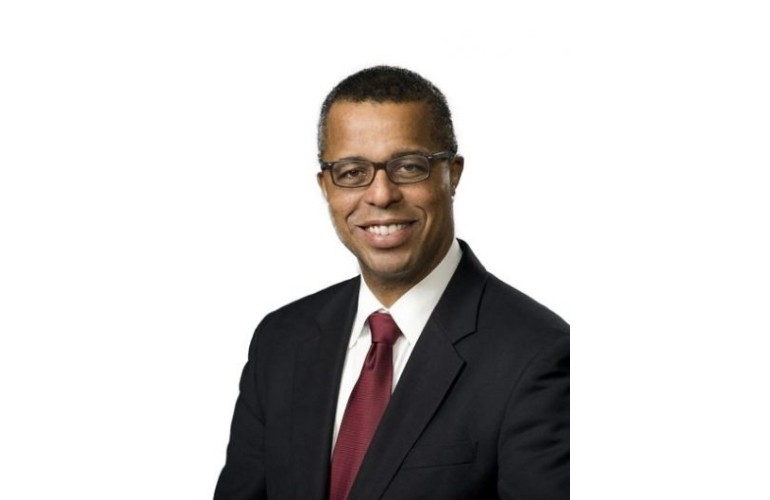 In August 2014, Ken Washington was appointed vice president of Research and Advanced Engineering at the Ford Motor Company. He leads Ford’s research organization, overseeing the development and implementation of the company’s technology strategy and plans.

What’s the next big thing? USBE asked him that fall.

“I couldn’t be more excited to be in this role at Ford at a time when the auto industry is facing an innovation inflection point,” he said. “To me, that’s a pretty big next thing.”

The innovative Dr. Washington saw new horizons in the Internet of things.

“The Internet has matured and evolved from being a collection of websites that you spend time reading to a complex interconnected cloud of services that people and things access directly and indirectly,” he added.

“When most of us are on the Internet often we are doing an activity that we historically wouldn’t recognize as “being on the Internet”-such as viewing a digital map, listening to music, or driving a car,” he said.

“In these moments we are being serviced by a wide variety of Internet-connected information sources. This is very exciting and has many interesting implications for future vehicles and personal mobility that we are thinking a lot about at Ford,” Washington said in 2014.

“At Ford, we leverage digital camera technology to assist the driver with lane keeping, backing up more safely and even parking. I think this is a wonderful thing.”

Recently, he said that the car and truck company is becoming a mobility company as technologies such as Internet of Things, autonomy, and mobile connectivity open up new possibilities.

‘A good education is the key to a good life’

Without a doubt, Ken Washington’s three engineering degrees and his education have opened doors, given him scope to a variety of career opportunities.

It was while in high school he decided he wanted to be an engineer, inspired by 10 wise words his father used a lot. ‘A good education is the key to a good life.’

“He walked the talk and obtained a Ph.D. at a time when it was unusual for a young Black man to do so. I figured that if he could do it, I could do it too,” Washington said of his father’s example. Growing up, young Ken was also curious about how things worked.

“I enjoyed tinkering with technology for as long as I could remember. My teachers and high school advisors told me that I should be an engineer so that’s what I signed up to study, even though I didn’t know what that really meant at the time. Turns out they were right.”

On reflection, Dr. Washington says it would have been great to have had some engineering role models.

“This is why I don’t hesitate to support STEM efforts serving as a role model to young people when I can,” he said.

Washington is a frequent speaker at high schools and has volunteered at a local halfway house. He has also been a supporter of the San Jose Tech Museum, offering ideas on how the facility can be a driving force for introducing science, technology, engineering and math to youth.

When he graduated high school, did he think he would be where he is today?

“I honestly didn’t think much about where I would end up, and I certainly never imagined that I would be a Vice President at Ford Motor Company. In my junior and senior year, I was very focused on being well prepared for college, which for me meant learning a lot and getting good grades. My parents taught me that if I did well in the moment, then future opportunities would be available to me.”

Washington added that although he never considered any other career path but engineering, he could now envision himself as a musician (he plays guitar) or photographer.

Financial security and success in engineering leadership have enabled him to enjoy both of these fields as a hobby, he adds. A favorite gadget is his digital camera.

“I think it is artistically liberating that you can experiment with taking different photos without worrying about running out of film while also receiving immediate feedback about the quality of the composition and photo,” he explained. “This has fundamentally changed the nature of photography.

Also, the ubiquity of high-resolution low-cost digital cameras, including those built into our cell phones, has opened the field to many more people.”

And true to his creative problem-solving skills and ideas which have taken him into new territories, and alternative ways of thinking, he added.

During the first 14 years of Washington’s career, he made the decision to move into management early, about 5 years after he began working as an engineer.

“This decision allowed me to build a solid and diverse foundation of management and leadership skills over my career that has proven to be useful to me as I encounter a wide variety of leadership challenges,” he said.

The best advice he can offer a student starting out in their first STEM job/co-op or internship?

1. Focus on excellence–in your work ethic and the quality of your work product.
2. If you do great work and go about it with a positive attitude and a strong work ethic, you will get noticed and other opportunities will be presented to you.

He adds that the most impactful thing on his career success has been to embrace being a lifelong learner.

“That means reading different types of books, magazines, websites, and other sources often, and staying curious about things that you don’t know.”

‘The most helpful life lessons have been failures’

He also notes that the most helpful life lessons have been his failures.

“I have made my fair share of leadership missteps and collectively these have taught me the importance of humility, the power of effective communication, and the effectiveness of taking a servant leadership perspective.”

Washington earned his bachelor’s and master’s degrees, as well as his doctorate degree, all in nuclear engineering, from Texas A&M University.

Nuclear engineers research and develop the processes, instruments, and systems used to derive benefits from nuclear energy and radiation. Many nuclear engineers find industrial and medical uses for radioactive materials–for example, in equipment used in medical diagnosis and treatment.

As a new post-grad, Dr. Washington went to work at Sandia National Laboratories, a multi-program laboratory managed and operated for the Department of Energy’s National Nuclear Security Administration. There, he developed nuclear safety computer models for the U.S. Nuclear Regulatory Commission that were used worldwide to help make nuclear energy safer.

“My success in these new fields gave me the confidence and credibility to broadening even further later in my career into other areas such as privacy, space research, and now automotive engineering.”

Prior to joining Ford, he was with Lockheed Martin Corporation for seven years. He served as Lockheed Martin’s first chief privacy officer, a role in which he built the company’s privacy program, set the privacy strategy direction and established a team of privacy professionals to execute the strategy.

Washington also served as the vice president and chief technology officer for the Lockheed Martin IT organization, where he was responsible for shaping the future of the corporation’s information technology enterprise.

As vice president of the Space Technology Advanced Research and Development Laboratories at Lockheed Martin Space Systems, he was responsible for leading an organization of more than 600 scientists and engineers in performing research and development in space science and related R&D, such as solar dynamics and astrophysics, optics and electro-optics, radiofrequency and photonic devices, control systems and information science, advanced materials and nanosystems, thermal sciences and more.