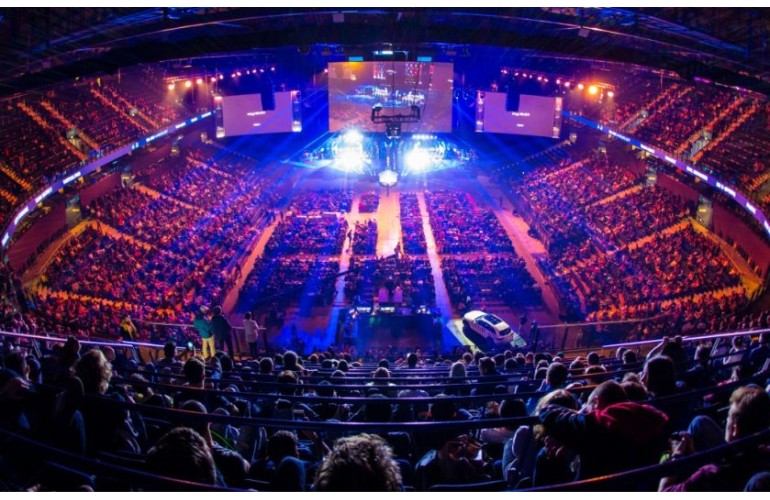 You may not know it, but electronic sports or e-Sports has one of the fastest-growing fan bases in professional sports, with an audience that’s already larger than Major League Baseball. According to Goldman Sachs Global Investment Research, audiences, prize pools, and monetization opportunities are set to grow over the next five years.

This July, Hampton University announced that its Department of Sports Management had received a $340,658 technology grant from the U.S. Department of Homeland Security to create a laboratory offering courses in Esports.

“Since 2016, there has been $16 million allocated for Esports scholarships,”  David C. Hughes, a sports management instructor at Hampton University, said in a statement. “I’m looking to increase the diversity in Esports and also have a revenue opportunity for this institution at the same time.”

Hughes plans to spearhead the change.

“The first thing  is to create a lab, then offer a concentration in Esports at the graduate level,” he said. “In the lab, we’ll have TVs, video games, computers, and people can practice their craft,” said Hughes. “They can learn how to play a video game, play with each other and against each other. We have a goal to kick things off summer 2020.”

The International Esports Federation describes e-Sport as a competitive sport performed in a virtual environment in which physical and mental abilities are exercised to create victory conditions through generally accepted rules. The IESF’s 2019 e-Sports World Championships will be held in Seoul, South Korea, which has governmental support for the development of Esports.

Electronic sports competitions use video games in organized, multiplayer video game contests between players. Fans watch gamers as they play and games are followed by millions of others around the world. Fans attend live events or tune in on TV or online. Some of the most popular home video games include Fortnite, League of Legends, Counter-Strike, Call of Duty, Overwatch and Madden NFL.

Cable news networks predicted that by the end of 2018, 1.6 billion people would have some knowledge of Esports. So, if you haven’t heard much about Esports yet, give it time. Its spread is inevitable,  CNN said on August 20, 2018.

“This is a great example of how Hampton University continues to be ahead of the game,” President, Dr. William R. Harvey said. “We are excited to see the elevation of this new addition to our campus.”