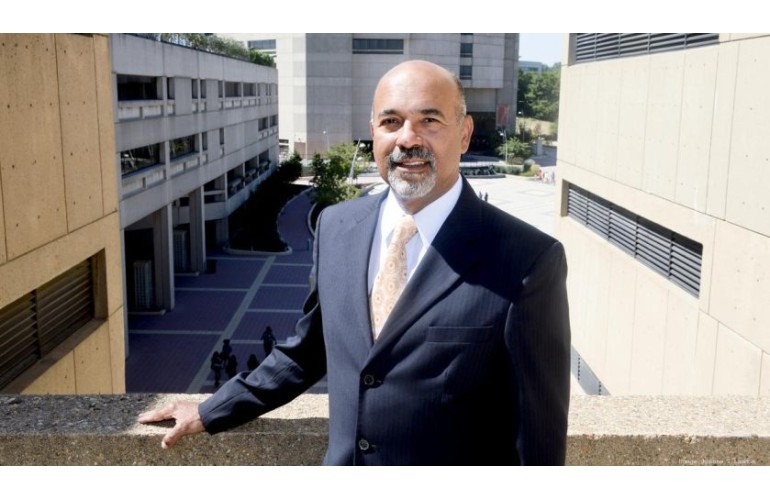 Maryland Public Television (MPT) is hosting its third annual HBCU Week this week, with programs featuring the many accomplishments of historically Black colleges and universities (HBCUs) across America.

According to MPT, the programs will share stories about those who administrate and advocate for more than 100 institutions. Among the chief administrative officers interviewed on HBCU Week recently was Roland Mason, JD, the University of the District of Columbia’s ninth and longest-serving president. He has led the institution since 2015 and announced recently that he will step down in 2023.

Prior to his appointment at UDC, Mason served a five-year term as the chief executive officer of the Southern University and A&M College System and spent 10 years as president of Jackson State University. Asked about what makes UDC unique, Mason said the institution is the only public university in the nation’s capital. UDC is also the only Congressionally mandated HBCU.

“George Washington envisioned it in his first inaugural address,” Mason said on HBCU Week. “There were two things to secure the future of a democracy, one was a military academy, and one was a strong public university in the nation’s capital,” he added, quoting Washington. “So West Point became the military academy, and UDC became that public university.”

Today,  UDC makes up an entire system of higher education, from workforce training through community college, bachelor’s through Ph.D., and law degrees. UDC offers 81-degree programs–associates, bachelor’s, master’s, doctoral, and law. As of spring 2022, the HBCU had more than 3,200 students enrolled.

UDC is also the most affordable university in the District of Columbia, Maryland, and Virginia (DMV). Recently, affordableschools.net, which ranks schools based on quality and affordability, ranked UDC’s business school at No. 1 and the engineering school at No 7, with the mechanical engineering department taking top place nationwide.

U.S. News and World Report ranked UDC #30 among all 107 HBCUs in the country. Mason called it a “significant” achievement because it’s the first time the young institution has been ranked.

“Many people didn’t know anything about UDC, but they’re starting to see who we are and what we do,” Mason said. “It does emphasize our role as the public university envisioned by the founding fathers,” Mason said.

Looking to the future, Mason said UDC’s strategic plan, ‘The Equity Imperative,’ is by design. The great debate about what America is and where America is going goes back to the beginning and is starting to come increasingly to a head.

“Is America a nation for a privileged few, an extension of Europe, or is it a nation of the people, by the people, where we are all created equal with inalienable rights?”

Mason said UDC had agreed that the public university in the nation’s capital should be on the equity side of that national conversation.

“And so, we’re creating the kind of institution that understands the idea and the dream that we call America and is training students and establishing programs that can spread knowledge about what that idea is and empower people to fight for that idea as America continues to grow.”

Mason said UDC boasts “seamless multi-credential pathways with multiple on and off ramps,” meaning a student can enter the workforce certification door and get an associate degree. They can earn a bachelor’s degree and do it in their own time and under their circumstances.