Be All You Can Be in the Navy 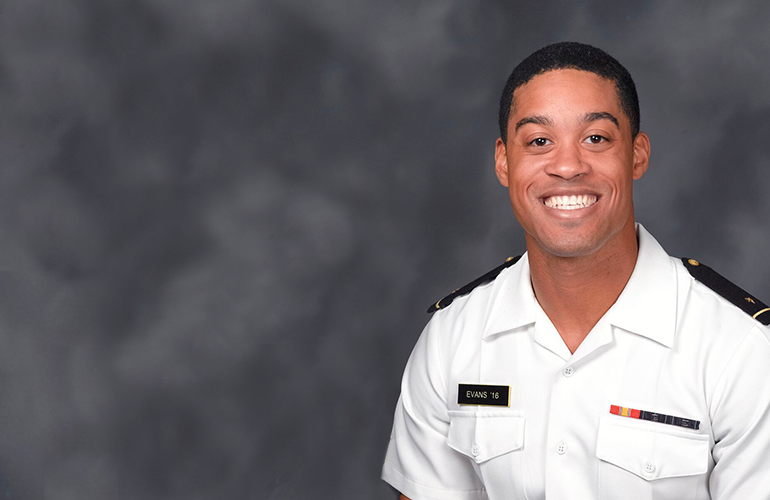 In June and July of 2015, Andre Evans had the honor to serve as Plebe Summer Regimental Commander at the U.S. Naval Academy. He was responsible for training and leading 1,191 Plebes (or first year midshipmen) and 250 detailers (upperclassmen).

Andre and his triplet brothers were raised on the South Side of Chicago by their mother Adrienne Johnson and stepfather Dwayne Jonson. Defiant and hardheaded, young Andre joined a gang called the Gangster Disciples Nation at the age of 12.

Today, drawing from his personal experiences on gangs, violence and other obstacles, Andre allows his life to be an inspiration that relates to people across various cultural backgrounds.

He is a 2015 Maryland Harry Truman scholar, an MIT Lincoln Lab Fellow, youth activist, engineer, military professional, and motivator that delivers empowering messages to young people at risk in neighborhoods across the country.

His internship experiences include autonomous drone navigation technology and research at the Defense Advanced Research Projects Agency or DARPA. He designed and built a non-GPS precision navigation drone that could be used in a combat environment.

For two months at the MIT Lincoln Laboratory in 2014, he designed a swivel fixture for high-powered amplifiers, eliminating stress and danger of building on a hard surface.

Andre was also a SeaPerch member for four years. SeaPerch is an underwater robotics program that equips teachers and students with the resources they need to build an underwater remotely operated vehicle (ROV) from a kit comprised of low cost, easily accessible parts. Naval Academy midshipmen provide children, parents, and teachers the opportunity to learn about science, technology, engineering, and math while building an underwater ROV as part of a science and technology engineering curriculum

Over a period of 10 months from September 2011 to June 2012, Andre volunteered in the restoration of USS Joseph P. Kennedy by painting and cleaning the last surviving destroyer built in the state of Massachusetts. He also helped provide basic care to people who cannot afford health service s at Kansas City Care.