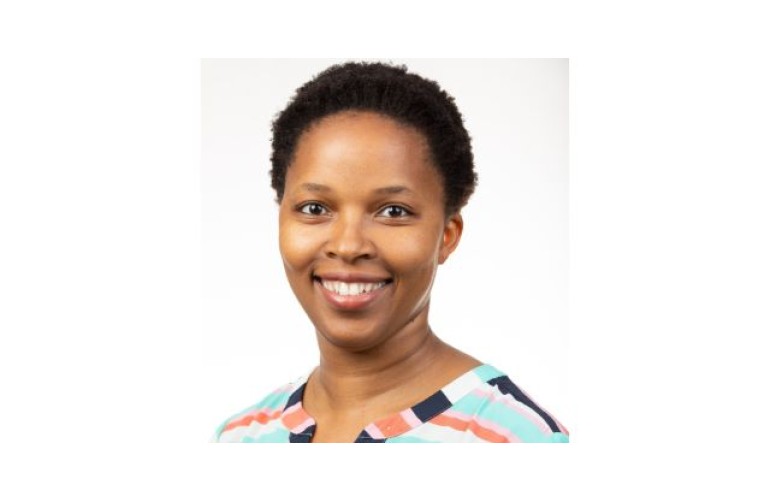 Sibongile Manthata graduated with a bachelor’s degree in chemical engineering from the University of the Witwatersrand, Johannesburg. Currently, she is a staff scientist and process design engineer at Saudi Basic Industries Corporation (SABIC), a chemical manufacturing company and a subsidiary of the petroleum and natural gas company Saudi Aramco. Below are excerpts from Sibongile’s interview with Career Communications Group (CCG).

First-generation college student: “I was coming up to the end of high school and looking at different career prospects. My marks were good enough to qualify for a bursary. It’s kind of like a scholarship. There were plentiful bursaries available for chemical engineering. One of my friends’ sisters happened to be in the field. And I said: What is it about? She said: You know, I think you’ll do well in that. So, I thought, oh well, if this pays for my education, let’s try it. I’m glad I did. I didn’t know too much about it before, but I love what I do.

College days: “One of the things that kept me going was that I knew I wanted to make something of my life. It was the only chance I had to get a college degree. About 90% of the lecturers were white males. The course content was tough, and you do need support. I had a rough experience, and there were times when I thought this isn’t for me. I learned that I had to overcome the lack of support. You’ve got to know that if there’s a test and you don’t understand anything or have a supportive lecturer, there’s always somebody who knows. You expand your network to persevere, push because there is no alternative. You adapt and make friends; gain the material you need to get through sometimes difficult subjects. I had stumbling blocks along the way, where I had to go back to the lecturer the next semester and plead my case. And say, ‘look, I didn’t so well this time, but can I do it again? That’s just how it worked out for me.”

Bursaries and Internships: “(Companies) allocated portions of bursaries out of their social responsibility portfolio. The bursary is a company-sponsored scholarship that funds your time throughout college. It’s merit-based, of course. Typically, if the stars align after paying for your education, they will let you have a job and pay back what they sponsored you. During vacation, you have the opportunity to do internships. So, I had about two of those. But then I had to do an internship that counts towards grades in my third year. The company that sponsored me said no, we are not going to be able to do that. I guess because of oversubscription.

“At the time, my parents were in Madison, Wisconsin. And I decided to approach a lecturer at the University of Wisconsin. It was the chemical engineering department. I told my story and asked to do a summer internship. He said, sure. I’ve never really done this before, but you will have to sort this out with your university. It turned out to be one of the best decisions I made to knock on that lecturer’s door and for him to take a chance on this scared girl from South Africa who wanted to do lab work over the summer. That lead was fundamental in my life because after graduating in South Africa, I wanted to be with my parents in the U.S. Having a degree from outside the U.S. and finding a job was tough. By the time I came back (the University of Madison) lecturer had a startup company. I looked for a job for about two months and eventually went back to him. He said, yes, the research I was involved in has a startup company. So, I got a job through that.”

Finding a job as an international student in the United States: “It’s not easy. You are unfamiliar with the territory. Your biggest network is typically your lecturers, but their influence in industry is also very limited. So, I had to overcome uncertainty. First, they would say, where did you get your degree? I would say Witwatersrand in South Africa. People would look at you as if is it the same engineering degree. And you want to say, yes, it is. It’s STEM. Science is the same everywhere. The fact that I knew a professor who knew my work ethic and took a chance on me with their startup, the stars were aligned in that sense. But it’s a challenge for foreign students, even with U.S. degrees. I already had a green card because my parents were here, but I found it hard because my degree was foreign.”

Career progression and work-life balance: “I worked with Virent Energy Systems (a renewable fuel source company). They were developing the technology to produce hydrogen from various feedstock using an aqueous phase reforming technology. I loved that experience because it gave me the exposure, I didn’t know I needed at the time. I ran tests in the lab, analyzed lab results, and was part of a team that eventually built a commercial unit as you would have in any startup technology you are trying to commercialize the technology. So, I was a control engineer, catalyst manufacturer, process engineer, and generally a jack of all trades. It was good to start as a process engineer and then lead up to putting your idea on paper as a design process engineer. That happened for about three or four years in Madison, Wisconsin. And then I went back to South Africa.

“I met my husband in college, so we decided to move back to South Africa and work for a larger company (SASOL). There, I got various experiences in project execution in the industry and got reassigned to the U.S. After a time, I went to work for another startup company commercializing the gas to liquid technology I was involved in for SASOL. So, from that small company, there was an opportunity for me to work for SABIC. All along, my experience had largely been technology licensing. SABIC was looking to licensing some polymer technology themselves and were looking for candidates who could help them and so, it was a good fit in that sense. My husband is a process engineer also. We try to keep work out, but I’ve made a non-scientific observation that women in STEM who succeed also marry process engineers. I don’t know why that’s the case, but largely you want to find a partner who understands your work.”

“Diversity for SABIC is something they are well versed in. The company is based in Saudi Arabia and operating in the U.S. We are a diverse group. Especially my team. You still don’t see a lot of women. They are very rare, especially in the field that I am in. I think SABIC has done a wonderful job understanding issues or challenges that people of color have had in recent times. SABIC has gone to a great length to have programs within the company that create a platform for stories of minorities to be shared with colleagues and I think it opens an opportunity to reflect on how we do things. When it comes to diversity, I share my story to give people an experience of my life as a woman of color in engineering. Hopefully, it allows someone else to do things in a way that is inclusive and informed. For those who don’t experience the challenges I do, that conversation should also be had about their own experiences. I feel SABIC has done a lot to make us think about all our different experiences.”

“SABIC is a petrochemical company, and they are involved in producing plastics that are used all over the world. Their logo is ‘Chemistry That Matters,’ and I work in licensing polymer technology. Before I got to SABIC, I was fortunate to get a lot of experience in technology licensing and project execution, and I bring that to SABIC uniquely in that sense. I’ve been with SABIC for four years now, and it’s been good to be part of a team that makes a product usable by anybody in the industry.”

In their 2020 Sustainability Report, SABIC says a key part of their transformation has been their decision to double down on tackling climate change. As a result, SABIC has begun formulating a holistic new climate strategy to put SABIC on the path to carbon neutrality near mid-century.