Becoming An Engineer | It Takes A Village 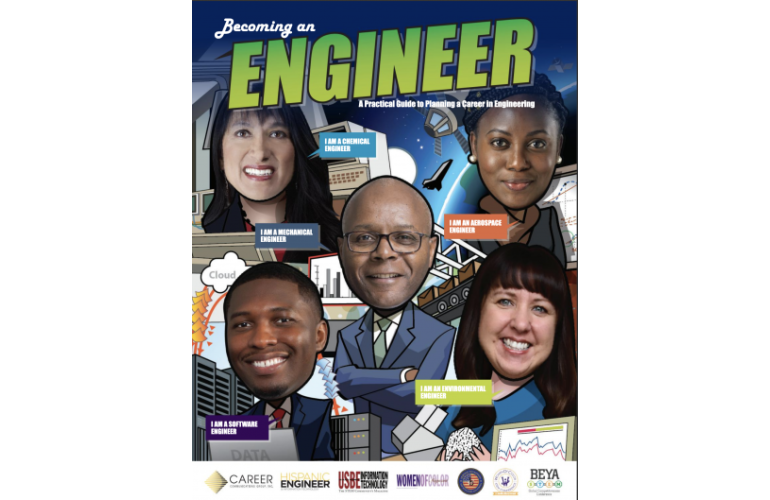 Recently, a teacher was driving by and saw a student sitting on the kerb with a laptop. Something made the teacher turn around and ask if he was doing schoolwork. The student said he didn’t want to get left behind.

Turns out  that the student’s dad  worked at a local concrete job. The company had shut down, and having internet at home was not a priority. The good news is  the county high school reached out to the young man who has a dream to become an engineer.

“Students have a lot going on in their lives,” wrote the teacher on Facebook. “His  determination will take him far and I wish him the best. We live in a rural area with bad internet even when all students and lots of people are not working from home,” she said.

According to Education Week, a news organization that has covered K–12 education since 1981, as it’s done with the country’s health care system, economy, and social safety net, the pandemic is exposing the deep inequities that have long shaped American public education.

Reporting on surveys of U.S. teachers and school district leaders administered by the EdWeek Research Center, Education Week said the most significant gaps between the country’s poorest and wealthiest schools are around access to basic technology and live remote instruction, as well as the percentages of students who teachers report are not logging in or making contact.

1. An Inadequate number of digital devices for students and millions of families’ lack of high-speed internet at home.
2. Percentage of teachers in America’s lowest-income schools who said they were engaging in instruction was 22 points lower than the percentage of teachers in the highest-income school
3. Teachers in the highest-poverty schools report that nearly a third of their students are not logging in or making contact. That figure is almost three times higher than the percentage of truant students reported by teachers in schools with the lowest number of students from families living in poverty.
4. Higher Poverty Schools Less Likely to Offer Live Instruction
5 & 6: Rural schools in particular face a triple challenge of poor connectivity, limited staff and technical expertise, and lack of political clout, leaving them to stitch together patchwork solutions when the coronavirus pandemic hit.
7. More Lower-Income Schools Using a Wider Range of Communications Tools
8 & 9: Big Differences in Distributing Schoolwork Online vs. In-Person

“There’s so much loss and distress that is being concentrated in communities that need quality schooling the most,” said Janelle Scott, an African-American studies professor at the University of California, Berkeley. “I think there’s a need to pull back and think about what [public education] means in relation to the magnitude of this moment.

“It’s the same story we’ve long known in K-12 schools,” she said. “Districts with more resources are likely going to be able to avail themselves of higher-quality instruction, and higher-income families are going to be much better positioned to support [remote] learning than less-resourced families who don’t have the privilege of staying at home.”

“This sheds a light on the fact that some rural districts didn’t have the infrastructure set up beforehand to make [online learning] happen,” said Allen Pratt, the executive director of the National Rural Education Association.

The mission of Career Communications Group’s Becoming an Engineer is to reduce inequities  and introduce students to role models.

CCG also works to increase the numbers of Americans in  science, technology, engineering, and math (STEM),  decrease drop-out rates in the K-12  pipeline, and improve health in communities underrepresented in STEM.

Becoming an Engineer: A Practical and Creative Guide to Planning a Career in Engineering is a career guide that introduces young readers to the world of engineering. It has everything from industry descriptions to educational paths to salaries. The information in these pages will be sure to guide and help you plan your engineering future.