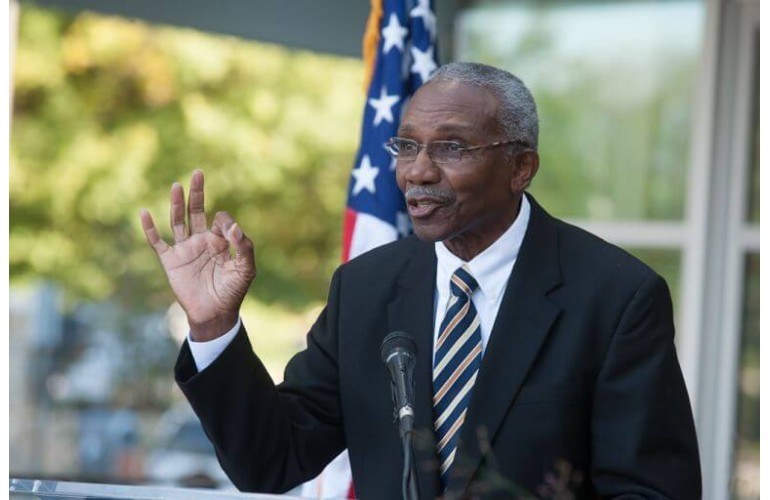 The BEYA Alumni Association was founded in 2002 and provides access to 7,000 members and associates around the world. The BEYA Alumni community is engaged in promoting diverse and inclusive science, technology, engineering, and math opportunities to young Americans through BEYA educational programs, leadership events, and BEYA history activities.

An emeritus professor, who laid the foundation for the Clarence M. Mitchell, Jr. School of Engineering at Morgan State University, Dean DeLoatch was an educator for more than 50 years. Prior to beginning his service at Morgan in 1984, he completed 24 years at Howard University. Dean DeLoatch is a past president of the American Society for Engineering Education. At the time of his election to the presidency of ASEE, Dr. DeLoatch became the first African American to hold that position in history. He has served as a member of study committees and boards of the National Academy of Engineering, National Science Foundation, NASA, and Department of Energy and as dean of the Council of Engineering Deans of the Historically Black Colleges and Universities. Dean DeLoatch was named 2017 Black Engineer of the Year for bringing about progress in higher education during his 50-year career.

Dr. Boyd is the first female president of Alabama State University. In addition to serving as president of Alabama State, Dr. Boyd has served on the President’s Advisory Commission on Educational Excellence for African-Americans and as the 22nd National President of Delta Sigma Theta Sorority, Inc., an organization of 250,000 members. Dr. Boyd, an ordained itinerant elder in the AME Church, was awarded the Doctor of Ministry and Master’s degrees from Howard University, as well as a Master’s degree in Mechanical Engineering from Yale University. She has also chaired the Johns Hopkins University Diversity leadership Council.

Ms. Emerson has been an Emerita Trustee of Oakland University since May 2007. She also serves as a Member of the Advisory Board at Catalyst, Inc. and is Principal of Inclusive Performance Solutions, a diversity, and inclusion consultancy company. She was appointed by the Secretary of the Navy as the first Navy diversity officer for the U.S. Department of Navy and advised top military officers and the senior executive service on diversity strategies and initiatives. She retired from Daimler Chrysler Corporation in 2008 where she served as a member of its senior management team and as executive director of the corporate diversity office. Ms. Emerson has received numerous awards from the Women in Defense Michigan Chapter, the National Association of Women Business Owners Greater Detroit Chapter and Women of Color in Technology and Business.

Retired Vice Admiral Davis was Navy N6, Director Space systems, Information Warfare systems, Command and Control Systems, and Modeling and Simulation, where he directed Navy’s $3.5B information technology budget. He was a Navy fighter pilot, Aircraft Carrier commanding officer, and Battle Group Commander. He served in numerous Navy engineering positions including Navy Engineer for the F-14 and Naval Warfare IT Architect (SPAWAR), He is a former vice president for business development at GDE Systems (BAE). He was a co-founder of E-fire. He is also co-founder of EvoNexus and vice president of Organizational Dev.

Brig. Gen. Richardson recently retired from Lockheed Martin after serving as the business development principal responsible for implementing innovation clusters at colleges and universities. As a University Coordinator, she built relationships with colleges and universities for integration into the Lockheed Internship Program and facilitated mentoring opportunities for university and small business partners. Prior she managed executive branch customer relationships with US Army, Air Force, Navy, Marine Corps, DISA, and OSD senior leaders, She serves on the board of directors for the Council for a Strong America and The National Board of the ROCKS, Inc., and serves on the Board of Visitors for the University of Maryland University College.

Before he retired from The Boeing Company, Oliver “Bo” Leslie was responsible for a pool of diverse suppliers including Historically Black Colleges and Universities and Minority Institutions (HBCU/MI) to increase their utilization for procurement requirements. He oversaw the establishment of mentoring relationships with HBCU/MIs, in partnership with supplier quality and development to meet utilization gaps and strategic objectives. He provided guidance to entry-level employees as subject matter expert for the enterprise and reviewed Federal Acquisition Regulations (FAR) requirements and respective laws to assess the impact of the supplier diversity program at the enterprise level, the deployment of supplier diversity subcontract plan initiatives and targets, and integration of sourcing strategies.