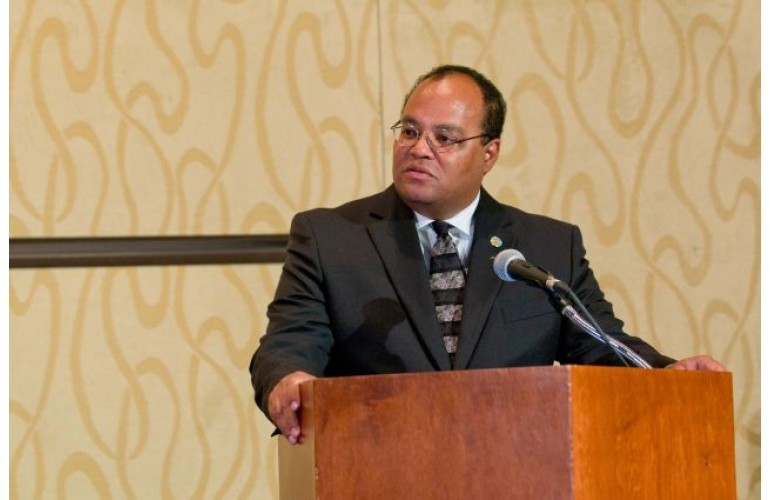 Earlier this year, the National Board of the ROCKS, Inc. announced that Career Communications Group CEO Tyrone D. Taborn was a nominee for the Honorary Rock of the Year Award. As founding chair of the annual BEYA STEM Conference, Taborn’s critical role is part of the ROCKS effort to promote mentoring.

“The ROCKS represent the best of our nation—men and women who have served and fought for the best of our nature; the many sacrifices Blacks in the military have made,” Taborn said. “I am deeply honored to be linked to these great Americans. This is one of the greatest highlights of my life.”

Many of them serve as mentors in the Stars and Stripes program, an integral part of the BEYA STEM Conference, produced by Career Communications Group, publisher of Black Engineer magazine.

As CEO and publisher of Career Communications Group, Taborn is actively involved in the BEYA Stars and Stripes Mentoring event, which has been held during the three-day conference for more than a decade.

Both the BEYA Stars and Stripes Pre-Dinner Mentoring and the Sustained Mentoring program seek to bolster young people’s interest in science, technology, engineering and math (STEM). Mentors that participate share the realities of working in STEM careers, salary information, courses to take in college, ways to finance college and more.

The Pre-Dinner Mentoring Program at the BEYA STEM Conference began in 2011 with about a hundred students and mentors. The event, which runs concurrently with the three-day BEYA Conference, now brings together more than 200 mentors and 400 students from Washington, D.C., Maryland and Virginia. BEYA Stars and Stripe mentors also arrange for speakers at schools and often participate in career or STEM day events.

The ROCKS recognize members, who in serving the community are the embodiment of the organization‘s motto: Concern, Dedication and Professionalism.