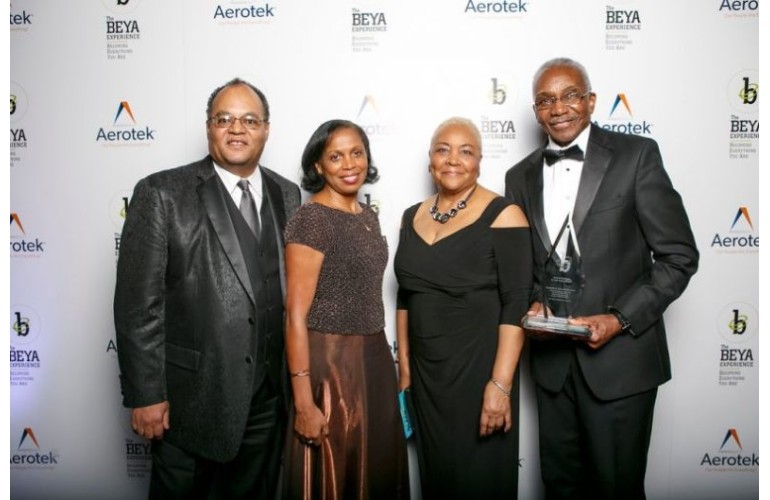 The National Science Board (NSB) has announced that Eugene DeLoatch and Tyrone Taborn will jointly receive the 2019 NSB Public Service Award. The award honors exemplary service in promoting public understanding of science and engineering.

DeLoatch is professor and dean emeritus at Clarence M. Mitchell, Jr. School of Engineering at Morgan State University and Taborn is the chief executive officer of Career Communications Group, Inc.

Together, they are being recognized for founding the Black Engineer of the Year Awards (BEYA) Conference and for their dedication to enhancing scientific and engineering literacy in minority communities.

Combining DeLoatch’s exceptional reach and impact in academia and Taborn’s creative capabilities in strategic communications, this team elevated the importance of producing and recognizing underrepresented minorities in science and engineering to a national level.

Their annual BEYA event is recognized for having increased the enrollment of minorities in engineering programs across the country, enhanced scientific and engineering literacy in minority communities, and opened the doors to discovery and innovation among broad segments of our nation’s minority populations.

“As a team and individually, Eugene DeLoatch and Tyrone Taborn have spent much of their lives working to ensure that all Americans have equal opportunities to excel in science and engineering,” said Kent Fuchs, chair of the NSB’s Committee on Honorary Awards. “Their work has significantly contributed to our nation’s global leadership in science, engineering, and technology, ensuring that the best and brightest in our communities have pathways to success.”

Throughout his years of service in higher education degree programs, DeLoatch has led the nation in the production of African American electrical and civil engineers at the baccalaureate level. His students have gone on to senior positions in government, industry, and academia, and have, in turn, influenced and encouraged another generation of minority scientists and engineers. DeLoatch’s efforts have led to numerous honors and recognitions throughout his career. Notably, in 2001 he became the first African American elected to serve as president of the American Society of Engineering Education (ASEE).

“We are part of history in the making, and I thank you for honoring the BEYA Science, Technology, Engineering, and Math (STEM) Global Competitiveness Conference,” said DeLoatch. “As a proud member of the host committee and Council of Engineering Deans of Historically Black Colleges and Universities (HBCUs), our intent has always been to impact the aspirations of young people positively. With its 34-year history, the BEYA STEM Conference is unlike any other. Once again we thank you for honoring us on this occasion and trust you agree with us on the mutual value that has been added through this event.”

“This is a very great honor, said Taborn. “We know that there is hard work still ahead, but we can take a moment to revel in the celebration of milestones passed. Together, we’ve moved the train of opportunity along. As we have done for the past 35 years, Career Communications Group, Inc.’s US Black Engineer magazine, the Council of Engineering Deans of HBCUs, BEYA sponsors, institutions, and trusted individuals across America, the BEYA STEM Conference will continue to celebrate the achievements of African Americans and minorities in STEM careers and promote better access to young people who are left behind.”

The Board will present DeLoatch and Taborn with the NSB Public Service Award on May 14 at the National Science Foundation Annual Awards Ceremony held in Washington, D.C.

The Board established its Public Service Award in 1996. The annual award recognizes people and groups (e.g., companies, corporations, organizations) that have increased the public’s understanding of science or engineering. Past award recipients include the American Museum of Natural History, the Alfred P. Sloan Foundation, PBS television series NOVA, The Expanding Your Horizons Network, the Sea Education Association (SEA), Challenger Center, and last year, the Council on Competitiveness.

The National Science Board and the National Science Foundation’s Director jointly head NSF. NSB identifies issues critical to NSF’s future and establishes the Foundation’s policies. The NSB also provides the President and Congress with Science and Engineering Indicators, a biennial report on the state of science and engineering in the United States. Members are appointed by the President for six-year terms and selected for their eminence in research, education, and records of distinguished service.