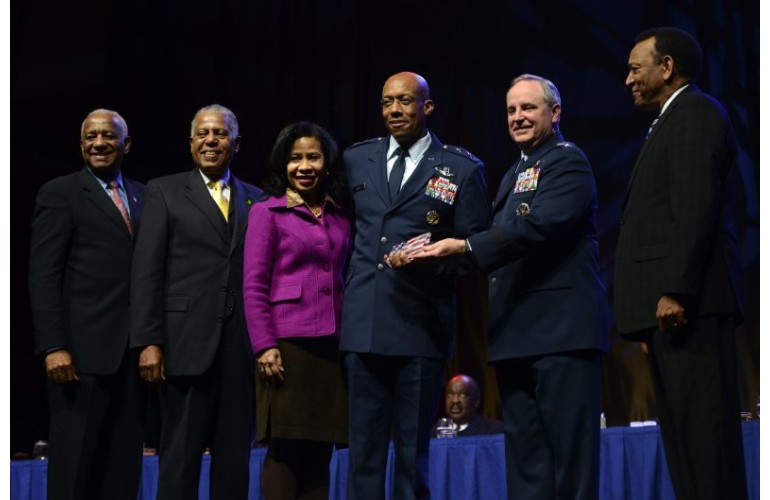 Stars and Stripes awards recognize top-performing Black general and flag officers, and members of the federal Senior Executive Service. The Stars and Stripes dinner is held concurrently with the BEYA STEM conference.

In 2015, the Air Force served as the host of the BEYA Stars and Stripes recognition dinner, an event that recognizes top-performing Black military and civilian leaders in the United States armed forces.

At the 2015 Stars and Stripes award dinner, former Air Force Secretary Deborah Lee James said the Tuskegee Airmen are a bridge. The Tuskegee Airmen were the first African-American pilots in the U.S. military. They served as both fighter and bomber pilots during World War II.

As part of the Stars and Stripes event at the 2015 BEYA Conference, military leaders, both officer and civilian, participated in mentoring sessions with youth from in around the national capital area.

James said such interaction will for those youth serve as a bridge to their future. She asked those in the audience who had participated in the mentoring to continue to build the connections that link those who are successful with those who have the promise to be.

“For those of us who are more senior — America needs us too,” she continued. “We need to be individuals who are part of organizations that continue to connect and to become bridges that lead others to follow that path to excellence.”