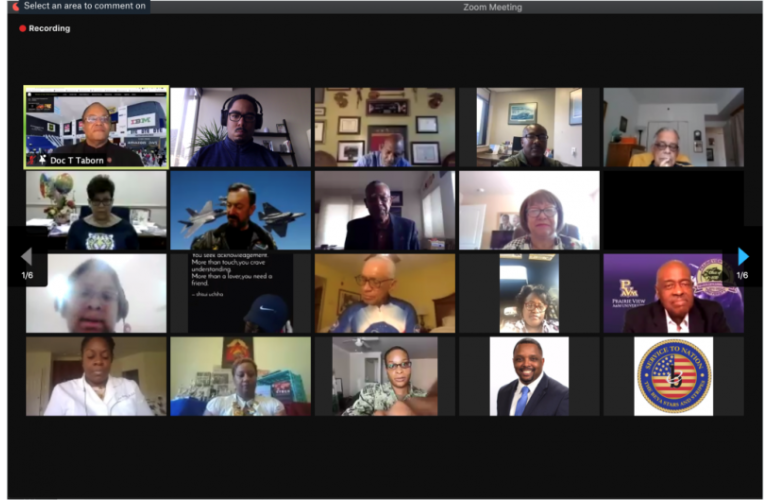 “According to the New York City Department of Education, career days like ours are important to expose students to a variety of careers and jobs by connecting them with business partners, provide a realistic picture of the workplace, help students make the connection between school and the workplace, and inform career planning. We are also in the business of helping to make more engineers for America,” says Vice Admiral Davis.

“Vice Admiral Walter Davis had a huge win with Saturday’s BEYA Stars and Stripes Career Day,” said CCG founder and CEO Tyrone Taborn. “Under Vice Admiral Davis’ leadership over 235 registered for the first Virtual Career Day in the history of the Alumni Association and CCG. Former Astronaut, BEYA winner, and NASA Administrator was one of the highlights of the day. Twenty-five STEM professionals presented.,” he said. You can watch and share Career Day activities at Count Us In dot org.

The highlight of the interactive lunch at the event was a keynote address by Astronaut Charles Frank Bolden, Jr., former administrator of The National Aeronautics and Space Administration (NASA), who spent 34 years with the Marine Corps before retiring as a Major General. Dr. Cynthia Warrick, president of Stillman College, will address college as the bridge to a successful life. and high school mathematics teacher and engineer Vatrice Gibbs will also speak during the event.