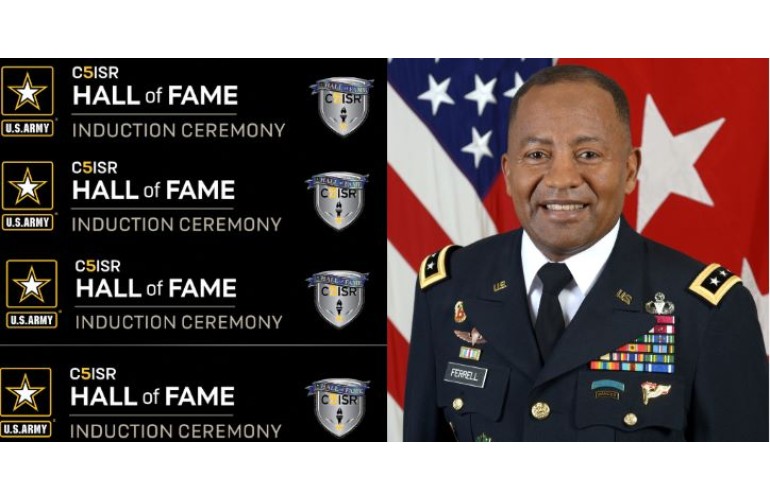 The BEYA Stars and Stripes Committee has announced that retired Army Lieutenant General Robert (Bob) Ferrell will be inducted into the Command, Control, Communications, Computers, Cyber, Intelligence, Surveillance and Reconnaissance (C5ISR) Hall of Fame on June 22.

Lt. Gen. Ferrell is among the civilian and retired military leaders who will be honored during the C5ISR Hall of Fame Class of 2022 induction ceremony for their commitment to warfighters and their contributions to the Army’s success.

C5ISR Class of 2021 inductees included retired Gen. Dennis Via. He holds the distinction of being the first commissioned Signal Corps officer in U.S. Army history to be promoted to four-star general.

The hall of fame recognizes members of the C5ISR community, which includes soldiers and civilians who helped shape Communications-Electronics Command (CECOM) to become a leader in the Army. The C5ISR Hall of Fame expands upon the CECOM Hall of Fame, which was implemented in 2016.

Lieutenant General Robert (Bob) Ferrell spent 38 years in the military, before retiring in 2017 as the Army’s CIO. Highlights of Ferrell’s career include serving as the first African American in the history of the Army and Signal Corps to serve as chief information officer.

He also planned all of the communications for Operation Uphold Democracy in Haiti, served as commander for Aberdeen Proving Ground, and commanded Africa Endeavor exercises, Africa’s largest communications excise involving over 40 nations.

Ferrell, a native of Anniston, Alabama, enlisted in the Army and attained the rank of sergeant. He completed his undergraduate degree at Hampton University and was commissioned in August 1983, as an Army Signal Corps Officer.

Throughout his career, he served in Army units in the United States, Korea, and Europe and deployed to Bosnia and Iraq. His commands include Signal battalions, brigades, and the Communications-Electronics Command, Aberdeen Proving Ground.