BEYA Student Leadership Award Winners 2020: Where Are They Now? 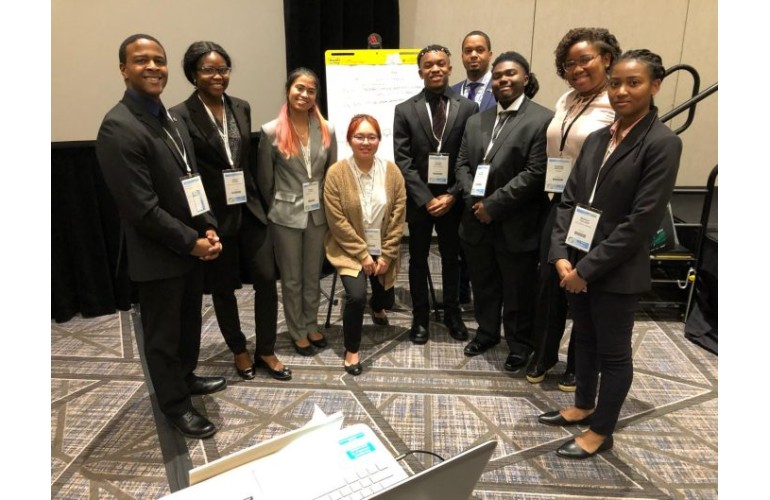 Career Communications Group, producer of the BEYA STEM Conference, contacted several award-winning students for their take on the pandemic, and how COVID-19 affected their summer plans.

Michael spent his summer participating in an internship program with NASA Jet Propulsion Labs doing research on UV and infrared detectors and their failure mechanisms.

“I was recommended by Demetris Geddis, the assistant dean at my school, Hampton University, and applied for the program,” he explained. “Because of the pandemic, I was unable to travel to the Jet Propulsion Labs in California, but was lucky enough to still have an opportunity to participate. Just mostly research-based rather than hands-on and in-person.”

“As a student and athlete, this pandemic has taken a lot from my college, athletic, and life experience, but I will continue to try to make the most of this time to spend with family and focus on personal growth to be prepared for what comes next,” he said.

“Due to COVID-19, I will be working online until possibly November,” she said via email. “That’s especially challenging for non-software students, since not everything can be done online.”

Melissa, who graduated in May with a bachelor’s degree in mechanical engineering from Howard University, says moving to Bellevue, WA, to work at Microsoft presents unique challenges as as the United States continues to fight the virus while also juggling with reopening cities.

“Moving out to Washington and beginning the next stage of my life will be a lot more difficult,” she said. “I’m also concerned I won’t be able to have as big an impact at work seeing that I won’t be in the office for the first few months. I’m still optimistic, however, and am looking forward to how I can adapt.”

A senior at Southern University pursuing an electrical engineering degree, he previously interned at GE Aviation.

“I was contacted by ExxonMobil during the fall 2019 semester and invited to attend their Future Leaders Academy (FLA),” Chad said. “They flew me out to Houston, TX for three days along with other students from around the country. There were about 40 elite students from HBCUs like Southern University and Prairie View A&M University, along with [predominantly white institutions] like Ohio State University and MIT. Within the three days at FLA, I met my fellow attendees, received a tour of the ExxonMobil Houston Campus, and met with presidents/vice presidents from every company within ExxonMobil. The academy was capped off with a set of interviews that resulted in an internship offer.”

Chad said he expected to gain a comprehension of the supply chain process for ExxonMobil and determine if he would like to work for the company after graduating in spring 2021. “I cannot wait to start,” he said.

“I am hoping the fall 2020 semester will not have to be done online,” he said. “Because I gain a greater comprehension of the material introduced in my classes when conversing with instructors face to face.”

Autumn, who has completed three internships during her college career, intended to intern during summer 2020, but her plans were derailed by the pandemic.

“I was in the final interview phase for one company and had my applications reviewed by others before quarantine hit,” said the fifth-year student at Rensselaer  Polytechnic Institute.

“Unfortunately, I have received little to no response since then, which is likely impacted by the COVID-19 pandemic.”

A recipient of a 2020 BEYA Student Research Award, she is pursuing dual degrees in computer and systems engineering.

“While it is unfortunate that I was unable to secure an internship due to the pandemic, I also consider it a blessing in disguise,” she said. “Last semester was incredibly mentally, physically, and emotionally taxing, and not having an internship this summer has allowed me some time for self-care. It’s important to prioritize your health. No amount of hard work will help if you are tired, sick, and starving, so take care of yourself.”