BEYA winner created a new vision of diversity at Sandia 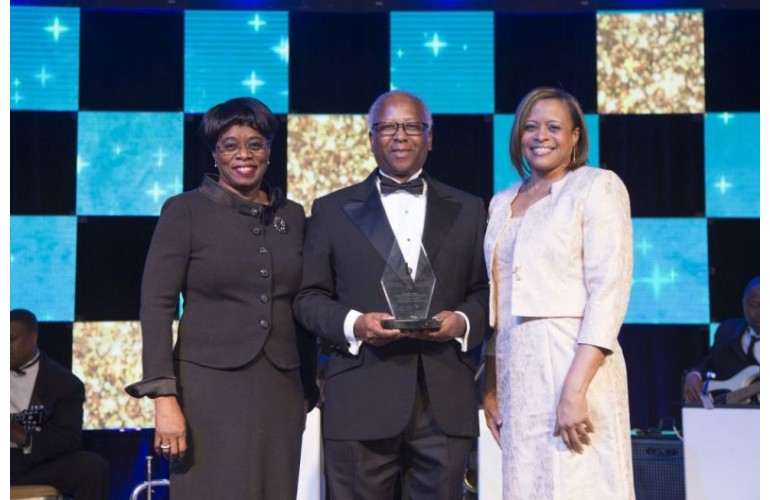 The program, which featured more than 100 events over 3 days, had some of the best talents in science, technology, engineering, and math (STEM).

Kicking off the BEYA Gala was the Community Service award presentation by 2009 Black Engineer of the Year, Dr. Wanda M. Austin, former CEO of The Aerospace Corporation and interim president of the University of Southern California.

During his career, Holley worked with New Mexico Highlands, North Carolina A&T University, and the University of Turabo in Puerto Rico to create internships and a mentoring program at Sandia.

“The program’s success allowed me to create my vision of recruiting and Sandia’s potential impact on engineering education and the diversity of the engineering workforce,” Holley said. “This lab has made great strides in diversity.”

Many of the students who went through his recruiting program are still at Sandia, some in management positions.

Holley was active in Sandia’s HMTech program, which focuses on improving education outcomes for students in grades K-12 and inspires them to engage in STEM disciplines. He also served on the board of directors of the Albuquerque Academy.

“Community service was never a goal for me,” he said. ‘It was and remains a result of life activities. My goal and the goal of the organizations where I participate have a focus on giving back to the community, both locally and nationally.”

Holley also volunteered with organizations such as Big Brothers Big Sisters, and March of Dimes.  He joined Sandia in 1985 following positions with Southwestern Bell Telephone, and Dow Chemical. Holley retired in 2016 after 30 years as a Sandia recruiter.