BEYA winners in the Boardroom 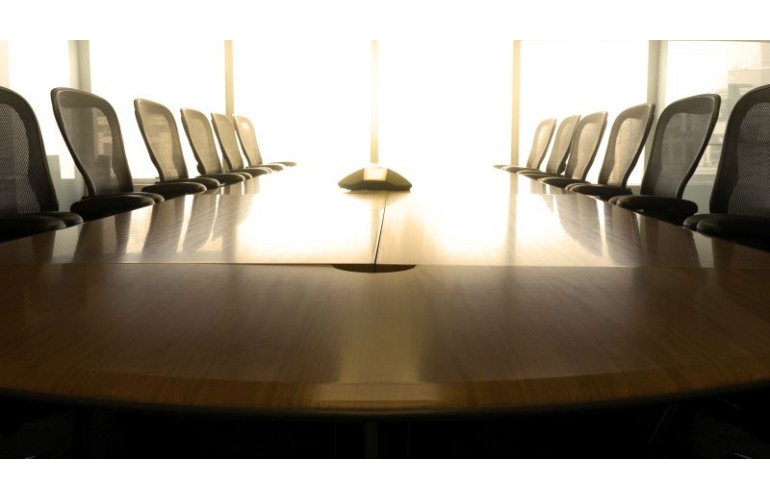 The accession of former Lockheed Martin executive Linda Gooden to the board of directors of automaker General Motors is no small accomplishment.

Gooden, who retired as Lockheed’s executive vice president two years ago, now becomes the fifth woman on the board and the second African-American member.

The backdrop is stunning: As Black Enterprise magazine’s Registry of Corporate Directors shows, only 176 African Americans serve as directors of the 250 companies identified by Standard & Poor as America’s largest companies.

Add to that elite group former IBM executive Rod Adkins who, even after leaving Big Blue, still wears many hats.

In addition to sitting on the boards of technology marketer Avnet, energy provider PPL Corporation, industrial equipment and tool marketer Grainger, and parcel delivery and logistics powerhouse UPS, now is a top executive at 3RAM, a corporation he founded with his family.

3RAM (Three Rodneys and Michelle), based in Miami Beach, Florida, is an outfit that funds investments in early-stage technology companies not doing business in IBM’s computer world.

It offers a range of consulting services relating to strategic vision, “all designed to help our company address unique challenges, reach new markets and deliver growth opportunities,” as 3RAM’s Web site puts it, but also offers “high-quality and luxurious residential properties for sale and lease, delivering an experience consistent with your lifestyle and financial flexibility.”

In a phone interview, Adkins said he’d decided to go a different route after his IBM retirement. Rather than launch into another high-level corporate job with any of the several firms that called him, he’s having fun working with start-ups developing new technologies for the consumer market.

One client is working out ways to “meta-commercialize cryotherapy services,” Adkins said, with a better therapy than traditional ice-pack therapy for certain injuries.

Another is developing a sensing device to allow consumers to recall the exact color of paint on a wall. “Many times,” Adkins said, “after someone’s painted a room, they throw away the paint left over.”

Then, when they want to do touch-up or repair work or to add that color to another room, they can’t recall what the exact color was, or what the manufacturer was.

With this device, the exact color can be named and, with major manufacturers, the color can be matched with the specific product.

Serving on corporate boards, Adkins said, “is the greatest part-time job in the world.” Although board members must spend time prepping for corporate meetings, the meetings themselves only require eight days or so a year, with several telephone discussions during the year.

Gooden asked about how a person gets named to a corporate board in the first place, replied in an e-mail that, “most public boards are looking for candidates to fill out the specific skill matrix needed to supplement existing [members’] skills.

“Candidates are identified in a number of ways. the two most used methods are by search firms which are hired to identify new board members, or by other board members identifying candidates.

“Each Board candidate is interviewed by the CEO and designated individuals on the board. Then, assuming success, each candidate is nominated by the nominating committee and then elected as a director by the full board. Each year, at the annual shareholders meeting, the shareholders of record elect each director.

“My selection was based on my leadership of a large organization and my technical background, which includes an in-depth knowledge of cyber technologies,” Gooden said.

It is easy, then, to see why Arthur E. Johnson, former Lockheed Martin strategic development vice president and yet another Black Engineer of the Year, wound up on the board of Booz Allen in 2011.

He also serves as a director at AGL Resources and Eaton Corporation, and also as an independent trustee of the Fixed Income and Asset Allocation Funds of Fidelity Investments, as well as the founding Chairman of the Board of Trustees of the National Defense Industrial Association, where he now heads the Audit Committee.

Dr. Lydia Thomas, former CEO of Mitretek Corporation, now Noblis, and yet another Black Engineer of the Year joined the board of Noblis after she retired as a top executive.

She also sits as a director at GAM Technology Co. Ltd, is Treasurer and Trustee at Inova Health Systems, Inc. and is Director, Chairman of Safety, Health & Environmental Affairs, and a member of the Audit Committee for Cabot Corporation, in addition to being an independent director and Chair of the Environmental Health and Safety Committee and member of the Nominating and Corporate Governance Committee of Mueller Water Products, Inc.

Dr. Shirley Ann Jackson, the first woman Black Engineer of the Year among many other firsts, is an even busier hand. She’s a director of

• The Smithsonian Institution Board of Regents
• The Council on Foreign Relations
• The U.S. Council on Competitiveness, where she’s the Vice Chair
• The Brookings Institution
• The Hyde Collection

She’s also a Life Member of the MIT Board of Trustees, Past President and former Trustee Board Chair of the American Association for the Advancement of Science, where she still serves.

Dr. John Slaughter, the first Black Engineer of the Year, earlier sat on the board of IBM, before his retirement.

Most boards are not term-limited, Gooden said, but most have mandatory retirement ages, typically 70 to 75 years. Looking at it as Rod Adkins says, it thus is no surprise that members of corporate boards so often are in it for the long haul.