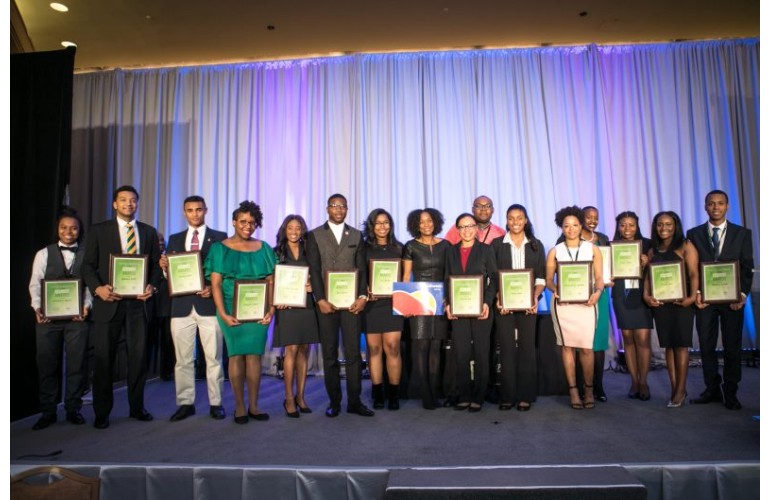 Since Pamela McCauley won the 1989 Black Engineer of the Year Award (BEYA) in the Student Leadership category she has set a high standard of excellence.

After completing her industrial engineering doctorate with the aid of National Science Foundation fellowship,  she became the first African American woman to earn a Ph.D. in the state of Oklahoma.

The Black Engineer of the Year Student Leadership Award is given to undergraduate and graduate students who are outstanding contributors on university campuses and in local communities.

In 2016, Malachi Nichols, currently, a Ph.D. candidate at the University of Arkansas,  won the award for serving as a robotics teacher, and a director’s assistant to an AmeriCorps Service Member during his undergraduate degree.

Marvin Carr (left) won the 2015 BEYA for Student Leadership for work that went on to become the topic for his doctoral research in electrical and electronics engineering at Morgan State University.

Carr coordinated a program with Baltimore’s Department of Park and Recreation that offered robotics, math, and maker education opportunities for young people aged 4 to 18. He also founded the Innovative Institute of Robotics Innovation and Systems Engineering.

This February, Amanda Nash, a biomedical engineering senior at the Cullen College of Engineering at the University of Houston, received a Student Leadership Award at the BEYA STEM Conference for excellence in undergraduate biomedical research.

Naomi Mburu, a 2018  chemical engineering graduate, is the first student in UMBC history to receive the prestigious Rhodes Scholarship. As a Rhodes Scholar, Mburu is attending Oxford University in England to pursue her Ph.D. in engineering.

Ryan Clark
The University of Illinois at Urbana-Champaign