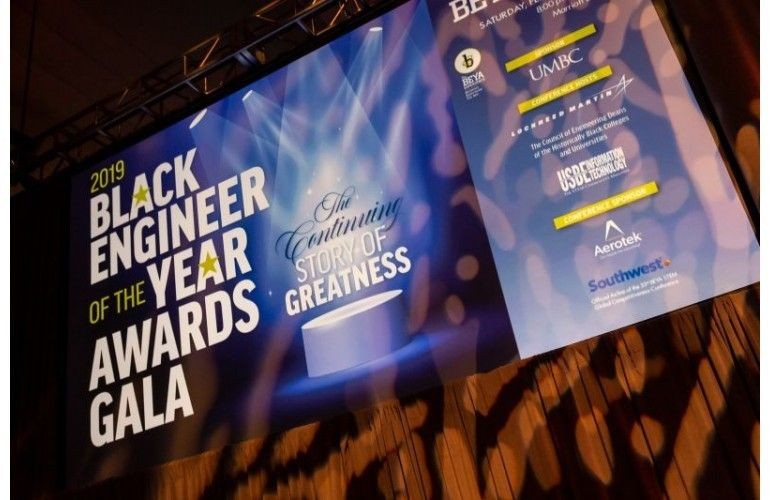 John B. Slaughter was chancellor of the University of Maryland when he received the prestigious Black Engineer of the Year Award in 1987. He was the first-ever person to win the award. Among the recipients of the inaugural Outstanding Technical Contribution category award was Dr. George E. Carruthers, a senior astrophysicist at the Naval Research Laboratory in Washington D.C.

As a research physicist, Carruthers (October 1, 1939 — December 26, 2020) was a leader in developing low-cost approaches to conducting experiments in space, especially from the space shuttle. In 1987, Carruthers told US Black Engineer magazine he is often asked what could be done to motivate students to pursue the sciences and technical fields as careers.

“If students are interested in the technical areas, the advice that we give is to take whatever science and math courses they can get as early as possible. Even if they decide not to go into a technical career, math and science are increasingly important in society. For example, secretaries must be familiar with word processors. A musician might have to understand microprocessor-based synthesizers,” he said.

Patrick E. White of Bell Communications also won in the technical contribution award category. He was recognized for his efforts to advance studies in new technologies, switching systems, and loop distribution architectures capable of supporting voice, data, and video services. In 1987, he led a team at Bell Communications studying broadband integrated services digital network, buzzwords that applied to the next step in telephone communications.

Marian Croak got a standing ovation at the 2014 BEYA STEM Conference in Washington, D.C. Then a vice president of 2.0 architecture and advanced services development at AT&T, Dr. Croak received honors in BEYA’s Outstanding Technical Contribution in Industry category. The award was presented by John Donovan, senior executive vice president of AT&T technology and network operations.

“As much as Marian has influenced the telecommunications industry, she continues to make an even bigger impact in the community,” observed Donovan at the 2014 BEYA Gala. “A tenacious advocate for the development of women within STEM careers, Marian works with female colleagues to ensure they don’t feel pressured to change their personality to fit their roles in the organization. To further help women advance, Marian sponsors several STEM-related employee resource groups to provide community and guidance, and works with female high school students pursuing math and science careers.”

The work of 1996 winner Dr. Patrick B. Usoro, a principal research engineer at General Motors,  led to one of the automobile industry’s first control-figured transmissions, designed to provide fuel economy improvements, cost reduction, and world-class performance.

2006 winner Rodney A. Bryant, Ph.D., mechanical engineer, National Institute of Standards and Technology, developed tiny chemical droplets and smoke particulate detectors, which go outside of fireman masks and warn them of airborne threats.

“My story is not one of a young man struggling to escape urban blight, but rather one with strong male and female role models that had faith in me,” said Yelder during his acceptance speech. “Grandmother made it clear that ‘can’t’ didn’t exist in our family. Her words have resonated with me throughout my life. It’s amazing how many challenges you can overcome without that word in your vocabulary.”

Below are a few other memorable quotes from past winners of the Outstanding Technical Award at BEYA.“I really would like to do something significant from a global standpoint.

“I may never accomplish it, but that’s why I stay in the lab. Blacks have had people do some tremendous things, but we haven’t won a Nobel prize in the rigorous sciences such as physics and chemistry. One of the lessons I would like to see communicated to young people is that you are right in whatever you try or focus on.” – Dr. Donald O. Frazier, chemical engineer, NASA Marshall Space Flight Center

“My primary interest is technical and designing new and better computers. There are so many things I want to do. I am a perfectionist and have not achieved that yet. I never will, but I will get tired of trying. We are recognized as a leader in this kind of graphics.” – Marc R. Hannah, principal scientist and co-owner/founder, Silicon Graphics, Mountain View

“To recognize a problem and acknowledge that it can be solved and come up with a solution that’s the exhilarating part of it. ” – Dr. Odell Graham, chief scientist, Hughes Aircraft

Winners of the 2022 Outstanding Technical Contribution Award include