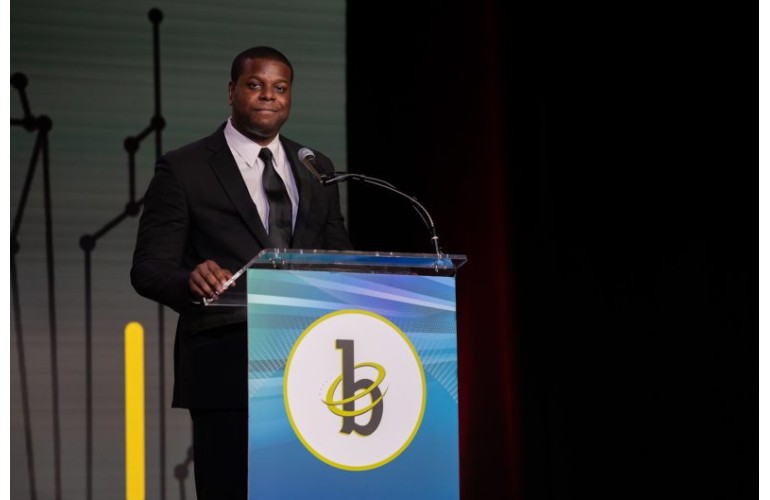 Philip June received a Professional Achievement in Industry Award for excellence in his science, technology, engineering, and math (STEM) career at this year’s Black Engineer of the Year Awards (BEYA). The honor was presented to Philip at the 36th annual BEYA Gala.

He joins a roster of outstanding professionals, including Dixie Tyran Garr of Texas Instruments; W. T. Greer Jr., Motorola,  and Boeing exec Norma B. Clayton. She was a recipient of the BEYA for industry professional achievement in the year 2000.

“From his earliest days in the Boeing Company, Philip June has stood out for his authentic, people-focused leadership style,” said Greg Hyslop, chief engineer and executive vice president for Boeing’s engineering, test, and technology. “Now, as vice president of Boeing global services, safety and quality, Philip oversees diverse teams across 88 locations worldwide. True to his passion for people and love of aerospace, he remains deeply committed to developing the next generation of aerospace leaders who will change the world—working to build a diverse pipeline of talent for Boeing and mentoring more than 50 leaders, engineers, and students both inside and outside the company. His professional excellence equally matches Philip’s passion for people. His impressive fifteen-year career is marked by airplane development innovation and technical achievement to ensure the success of Boeing customers.”

Accepting the award, Philip spoke about being raised in Stone Mountain, Georgia, at a time when upward mobility for Black Americans was all around him.

“Achievement and Black excellence were my constant inspirations,” he continued. “So were parents’ sacrifices. My father rode the train into downtown Atlanta every day even though he had painful arthritis. My mother decided to forgo her career to stay at home to ensure that her children never missed a band, baseball, football, or dance practice. I learned hard work, perseverance, and purpose from watching them sacrifice day in and day out. I work every day to be worthy of their extraordinary efforts, and this award honors them,” he said.