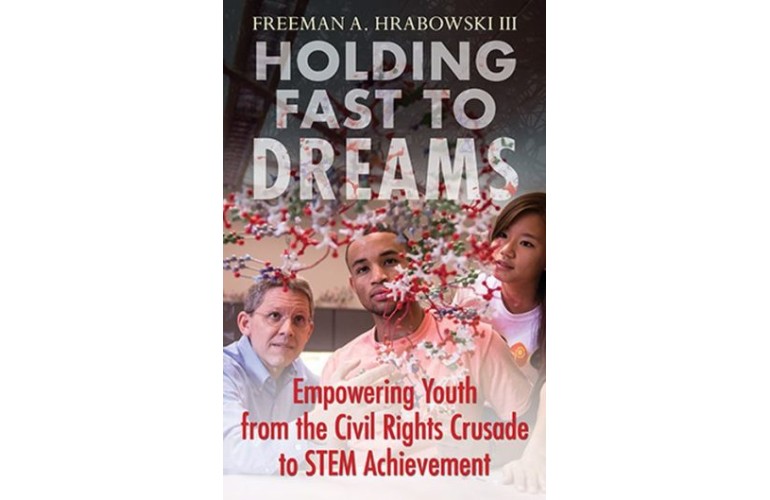 In 2012, Time magazine listed University of Maryland-Baltimore County (UMBC) President Dr. Freeman A. Hrabowski III as one of the “The World’s 100 Most Influential People.” How does someone born and raised in “Jim Crow” Alabama find his way to such a lofty distinction? In his new book, Holding Fast to Dreams (Beacon Press 2015), Dr. Hrabowski tells how.

The book offers insights into his life’s journey and how the lessons he learned as a child would one day inspire him to lead a little-known commuter college in suburban Baltimore to national prominence.

Hrabowski’s book is part memoir and part how-to book. The memoir aspects of the book offer a riveting account of his childhood in the segregated south. Inspired by Dr. Martin Luther King, Jr., he joined nearly 1,000 school children to march on Birmingham City Hall. There, they came face-to-face with Bull Connor, the infamous segregationist, leading to Hrabowski’s imprisonment. Dr. King later told Hrabowski and the other children that their courage would make the world a better place for children not yet born. For Hrabowski, these turned out to be prescient words.

The how-to portion of the book chronicles the formation of the Meyerhoff Scholars Program, named for Baltimore philanthropist Robert Meyerhoff, who financed the program. These sections of the book are a must-read for anyone interested in expanding educational opportunities for African Americans.

What does the civil rights movement have to do with training African American scientists? The answer lies in the book title – Holding Fast to Dreams. Some people are dreamers, and others are doers. Dr. Hrabowski is both. Participants in the Civil Rights Movement dreamed of a brighter future, where the nation would finally live up to the lofty ideals expressed in its founding declaration. The ‘doing’ came through placing their lives on the line in support of that dream.

Dr. Hrabowski learned to ‘dream’ and to ‘do’ as a child.

He held fast to both, creating opportunities for future generations to embrace scholastic excellence in the sciences, a manifestation of battles won a generation ago. When Dr. Hrabowski arrived at UMBC, he found a university that was failing in its responsibility to nurture and educate its African American students. He dreamed that UMBC could do better and set out to make it so – dreaming and doing.

In the light of recent student protests on college campuses across the nation, the book provides helpful insights that Hrabowski learned as a child in Birmingham during the Civil Rights Movement about the power of community, which he uses on his campus today in supporting African American students and young people from all over the world.

Holding Fast to Dreams is an insightful personal narrative that offers a peek into the mind of one of the nation’s leading educators and one of the world’s most influential and inspiring people. I recommend that you take a look.