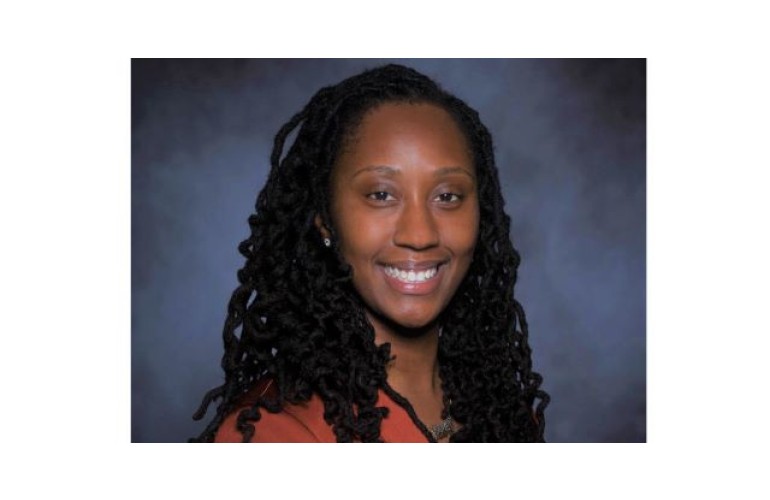 Jenny Dandin is an R&D engineer at Boston Scientific, a leading biomedical and biotech engineering firm and multinational manufacturer of medical devices used in interventional medical specialties. In a recent telephone interview with Career Communications Group, she shared a unique perspective from her experience as a female making her way as an engineer at a top medical device company.

What inspired you to become an engineer?
My inspiration came from just wanting to know how things are made. My dad told me I broke maybe three or four of his watches to figure out what was inside, why it was ticking, and everything. Because he always had cool watches. But it only manifested probably after my first year of college. I was going to school initially to become a pharmacist, and I was also a math tutor during this time. Many students would ask me after I tutored them, “Oh, are you in engineering?” I was like, “No, I’m not.” After multiple people would ask me that, I was like, “Wow, OK, let me look into it.” And I looked into it and enjoyed biomedical engineering; it caught my attention, and I switched my major and never looked back.

Who was the first engineer you ever saw, and what impression did they make on you?
The first engineer I saw up close and was able to have a conversation with was in college, where a couple of employees from different companies around my university came to visit the school and answer questions and talk about life. So, I met a mechanical and a chemical engineer then, and the impression they made was just very knowledgeable and factual. I like that. Engineering is very comprehensive. But I also really liked that engineering is math, and in math, there’s only one correct answer most of the time. [The engineers] seemed to be very knowledge-driven. They appeared very research-driven and just wanted to answer questions, talking about how they found solutions to problems. And that caught my attention because sometimes you get lost in all the chatter.

Could you tell us more about your college experience?
I went to Florida International University (FIU) in Miami. I grew up in Miami from middle school. I applied to three to four schools and was accepted to three of the four. And I chose FIU because it was near my house to save some money and not live on campus. And it had the major that I was looking into at the time, pharmacy. I didn’t even know about the biomedical engineering major.

My first mentor was a professor of mine, probably one of my most demanding professors. In hindsight, I can’t believe that he turned into a mentor. His name was Dr. Michael Christie. He was a great mentor for my capstone project, the final design project you do at the end of your undergrad year. He helped me see Black excellence, for example. And just making your mark and being confident and entering the room with confidence. Because sometimes you get nervous and anxious, and you don’t even know how to answer a question—and just giving me his experience in the industry and academia. He constantly challenged and always pushed me, but with good intentions, not to intimidate me but to empower me through those challenges. So that was one of the first mentors that I had.M/p>

If I could sum it all up, my college experience was rigorous and fun. Rigorous because I worked throughout my college career. I held a job to pay off my car and a couple of courses. I got financial aid paid off with the help of my parents and my jobs. So, I took four to five classes, ranging from 14 to 16 credits a semester. I was working, having fun, and making great friends I still connect with today. So, making great friends, holding on to those strong connections you’ve made, and gaining perspective. I learned a lot about public speaking and justice, resume building, and all those professional skills you don’t necessarily get until you need them. I was getting those skills and having fun. I’m in Miami. So, a lot of parties and nice weather year-round. I was enjoying myself, eating good food, and working hard to get through college all at the same time. It was a great experience, something I would never take back.

My employment throughout college was not directly related to my major, or I don’t feel it was. There could be some correlation. But I worked as a tutor for my college, and I also worked as a waitress. And after a while, I left my job as a waitress in the restaurant and started working for my mom. My mom is a nurse, and she owned an agency through the state of Florida, and she worked with disabled individuals, helping them with their day-to-day tasks. So, I worked with a young girl who had autism. She was 14 years old and needed help taking medication and making food. And she also needed behavioral assistance as well. So that was three jobs I had throughout my college.

***Click here to find out how you benefit from attending the 2023 BEYA STEM Career Fair.

I interned from May to August 2017 and returned home. I was planning to graduate in December of that same year. So, I came back, and around November, Boston Scientific reached out to me again and said, “Hi, Jenny, you had a great internship experience. We would like to have you interview for a couple of full-time position options if you’re interested.” Of course, I’m interested! I did the interview, and it was a two-tiered interview: You do your first interview with HR, and then you do your preliminary interview with your manager or potential manager. And then, I flew out to Massachusetts to do a team interview. Six individuals interviewed me at the time.

So now, the plot twist. I came back home from that interview sequence and did not get the role I applied for. In hindsight, everything happens for a reason. But, of course, I was devastated. The role was an electrical role within R&D. They’d called me for an electrical role as a biomedical engineer because of my intern experience. But of course, I am not an electrical engineer, so my answers were not strong enough. So, they told me I wasn’t fit for that position, but HR told me then that they still really liked me and thought I was a strong candidate. I thought that was the professional “keep your chin up and keep at it.” And I thought that was it. Like, no more Boston Scientific for me.

Please don’t take that first “no” as “you’re not good enough.” What’s for you is still out there and can still come to you.

Where I am today

My full-time role was as an R&D engineer for the endoscopy division, and that’s where I am still today. I was taken on board full-time on January 8, 2018. Next year will make five years.

I would love to enter more of a management path. I still have some growing and polishing to do in my engineering career, but I see myself entering management. I see myself helping other young engineers and students. I want to be the person I saw in that career booth that helped me get into that interview for my internship and helped me see that R&D was a good path for me. I want to be that person for other students and new engineers, so that’s where I see myself. I would love to do that. I would love to help high school-level students. We have a program within Boston Scientific called Externs, and they hire high school students to just shadow engineers for a 30 or 40-day period.

I will be taking a manager training next month. I was telling my manager because your manager asks you every year where you see yourself next year: “Are you happy in your current role? What would you like to develop further?” And I mentioned the supervisor track: “How can I get exposure to that and home in on whether I want to take this path or not?” So, I’m taking a manager course training.

I currently manage interns and co-ops. They have mentorship and leadership programs, like a rotational program, and they also have training courses and leadership courses that you can take to understand what that role would entail. I also co-lead my project, so that’s a piece of leadership I have right now, which happened recently. So, having a leadership role within your project, managing people, and taking courses are the opportunities I currently take advantage of within my company.

In college, I was heavily involved with NSBE [National Society of Black Engineers] and even posted as a professional post-college. I was a senator for my NSBE chapter for two years. I attended NSBE conferences during my junior and senior years of college, and then post that, Boston Scientific sponsored me to participate in a conference twice. So, I’ve been to a meeting twice since graduating college through Boston Scientific, and I’ve recruited once and went as a professional the second time.

Boston Scientific just sponsored me to go there as a professional, attend seminars, take any courses offered, and immerse myself in the conference as a professional, not as a student. And that was a great opportunity that I took advantage of and how I contribute to NSBE and SHPE [Society of Professional Hispanic Engineers] today. I have attended from a recruitment standpoint and recruited virtually through the pandemic and post-the pandemic. Now I would like to attend in person again next year. I can do that through Boston Scientific because they foster that interest, which is awesome.

Research the company, tailor your resume to that position, and go for it. Don’t be shy. Don’t be scared. If you’re nervous, it is because you care and want that opportunity. So, use that fuel of fear to push out the confidence within you. Because there’s a spot for you, and every young girl, every young student, whether you be a woman or a man, can do that and build your network. You never know whom you’re talking to and how they can help you, especially with medical devices. The world of medical devices is very small and very intimate. It seems big, but it’s not so big. So, people you talked to five years ago, you could bump into them, and they can help you five years later to put you in the right space or give you the right opportunity. I’d never heard of the BEYA Conference until my school sponsored students to go for free.

We need more women in STEM, and we are starting to get that, but we’ve got to keep pushing for it. So, if I can contribute to talking to high school students to help them see someone who looks like them in that industry, I would love that. That’s my passion. I do it in my work. I do it outside of work and plan to continue doing it as long as I’m in the industry.

***Click here to find out how you benefit from attending the 2023 BEYA STEM Career Fair.