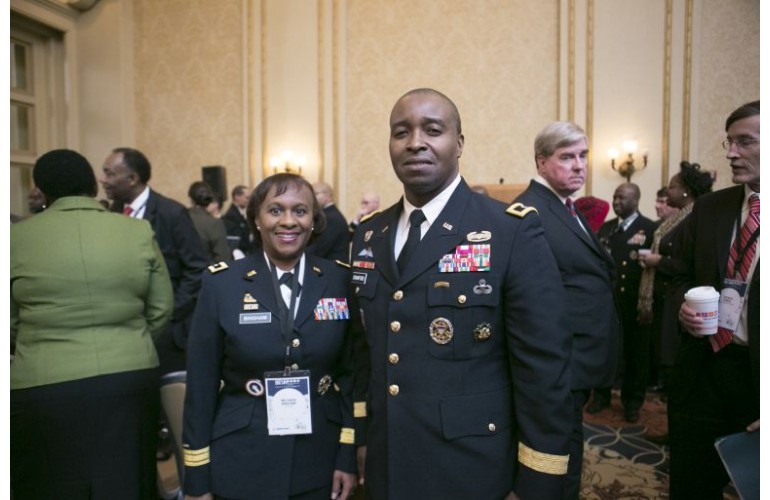 Lieutenant General Bruce T. Crawford is the new Army Chief Information Officer/G-6. His new three-star rank and command were confirmed by the Senate in August.

As Chief Information Officer, Lt. Gen. Crawford reports to the Secretary of the Army, setting the direction for the Army network, and supervises all Army C4 (command, control, communications, and computers) and Information Technology functions.

He also oversees the Army’s $10 billion IT investments, manages enterprise IT architecture, establishes and enforces IT policies, and directs delivery of operational C4IT capabilities to support war fighters and business users.

A native of Columbia, South Carolina, Crawford was commissioned through South Carolina State University’s Reserve Officer Training Corps program on May 28, 1986, after graduating as a Distinguished Military Graduate with a Bachelor of Science in Electrical Engineering.

During his 31 years of service, Lt. Gen. Crawford has served in leadership positions at the tactical, operational, and strategic levels. In previous assignments, he served as a Special Assistant to the Director of the Army Staff, Pentagon, Commander, U.S. Army Communications-Electronics Command and Aberdeen Proving Ground Senior Mission, J6, Director of C4/Cyber and Chief Information Officer, U.S. European Command.

“I am humbled by this appointment and can think of no greater honor than being afforded the opportunity to continue to serve as the Army’s CIO,” Crawford said.

Lt. Gen Crawford has served as a mentor through the BEYA Stars and Stripes Mentorship Program.